Apple is known for its attention to detail, and that focus on the little things is probably why it sells its MacBooks with power bricks that have flick-out wings for wrapping the cord around. It’s not a big thing, but it’s just enough to make lugging a notebook computer around just that little bit easier.

As great as the wings are though, the whole system does have one flaw, and it’s just enough of a pain to take the shine off what would otherwise be a pretty ingenious setup. Thankfully though, where there’s a will to make these things even better, it turns out, there’s also a way. If you’ve ever had a nicely coiled MacBook charger but then been stuck with the actual plug and its cable left over, then you’re going to love this. 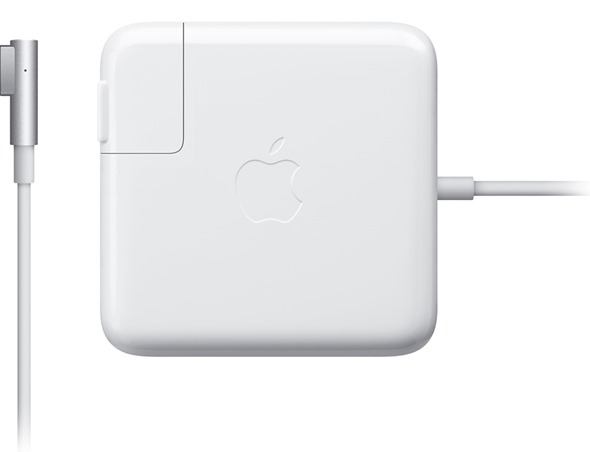 Entrepreneur J Cornelius has posted a picture of his latest brainwave to Twitter, and we’re really rather taken by it by a huge margin. Clearly tired of having his MacBook’s charging cable wrapped around those wings while the long thick cable that actually plugs into the wall flaps around in the wind, Cornelius noticed that he could do things in a better way, a lot better in fact. Instead of wrapping the thinner cable around the power brick’s wings, he wrapped the thicker one around the brick itself and used that thinner cable to hold it in place. Those wings then hold that cable in situ, and everything’s golden.

As if that wasn’t good enough, this setup allows for the thing to be plugged into the wall while all wrapped up, making the entire thing even less obtrusive. An ultra epic win if you’re asking us. 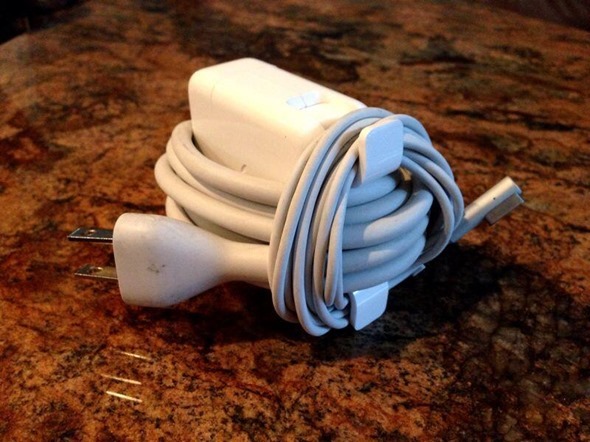 Here’s a demonstration of the whole thing which we found on YouTube, posted by a user named Jay Dizzle:

We’ve often wondered why Apple hasn’t come up with a better way of keeping its computers’ cables even tidier than it already does, but it’s little tips like this that should help smooth things over until Apple gets around to redesigning its cable management systems.

If you have a better tip to keep things tidy and all organized up, why not share it with us in the comments section below? We’re certain one of you can come up with a more ingenious method of keeping Apple’s power brick as tidy as possible.