While we’ve already published a post on how to root Galaxy Nexus on Android 4.0.2 ICS using Chainfire’s CF-Root, a new toolkit has been released today that makes unlocking and rooting a one-click process. Details and instructions available after the jump! 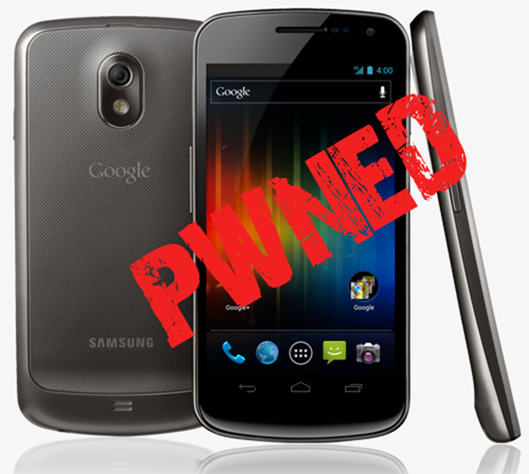 The news comes from Phandroid – a blog dedicated to covering all things Android – in the form of a short post in which they discuss the newly-released toolkit.

This program contains all the files you need to unlock and root your device, or flash it back to stock and re-lock it.
My goal was to make the entire process as smooth and simple as possible through automation.

NOTE: WugFresh’s Root Toolkit only works for the Verizon version of the Galaxy Nexus. Support for GSM version will be included in a later update.

Step 2: Click on the downloaded file to extract its contents under Program Files. Launch Galaxy Nexus Root Toolkit from there.

Step 3: Click on Drivers + SDK to install the latest device drivers and the Android Software Development Kit which is required for unlocking and rooting process. 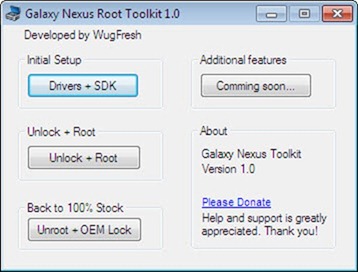 Step 5: If you want to unlock the bootloader of your Galaxy Nexus and root it, simply click on the Unlock + Root button and follow the on-screen instructions. This will unlock your device’s bootloader, root it, install SuperUser and flash ClockworkMod Recovery.

If you followed the steps correctly, your Galaxy Nexus will now be rooted.

For queries and FAQs, check out the official thread over on Galaxy Nexus Forum.