If you’ve ever wanted to change the keys on your iOS keyboard to a funky shade of blue, well, you’re in luck, because a little tweak by the name of BlueBoard does exactly that.

Once you’ve downloaded and installed BlueBoard, you can activate it by heading over to the Settings app. Simply slide the toggle, respring your device, and when it wakes back up, you’ll be able to enjoy a truly blue experience when typing out your notes, messages, emails, or whatever else you care to use your keyboard for.

And yes, this tweak is completely system wide, so those blue keys will follow you around everywhere you go. 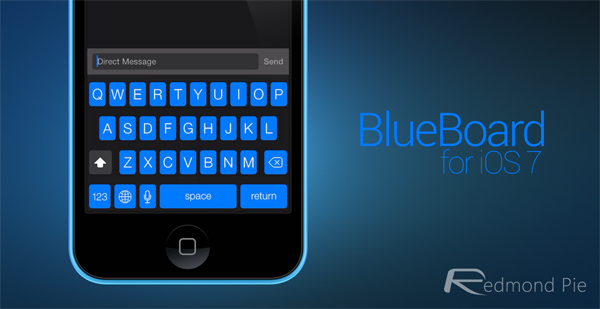 If we’re being overly picky, it would certainly be nice to be able to change the color to anything on the spectrum, particularly since blue isn’t to everybody’s taste. A little dab of red, or a splash of orange would be great options to have on the side, particularly given the rather depressing, dreary connotations of blueness in general. Then again, it makes a nice change from the stock offering, and since you can easily deactivate BlueBoard in Settings if you get a little bored of it, you’re only ever a quick respring away from being able to revert to stock. 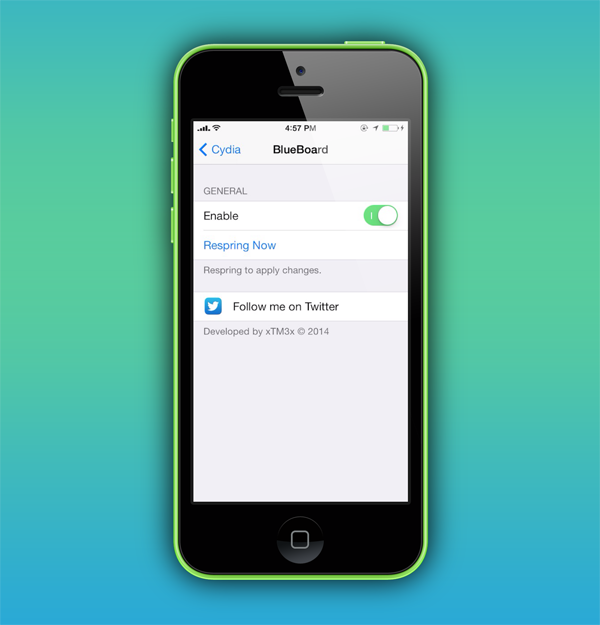 BlueBoard can be found over at the BigBoss repository, which should be among your list of default sources in Cydia provided that you haven’t opted to delete it off your own accord, and what’s more, won’t cost you any of your hard-earned change.

We’ve been playing around with BlueBoard on an iPhone 5s, and we actually quite like it. Personally, I think I’ll be sticking with the stock offering, no less because once I start tinkering with any facet of the theme, it becomes an ongoing and tedious task for a state of perfection that is never satisfied. But hey, if you’re not as picky as me, and would like to freshen up the appearance of your iOS keyboard, then be sure to give BlueBoard a try right now!

If you want to change the color of iOS 7 in general, then be sure to try out Fancy.