How To Prepare For The iOS 16 Update The Right Way

Here’s how to prepare for the iOS 16 update on your compatible iPhone model the right way.

Apple’s big iOS 16 update is now just around the corner but what do you need to do to make sure that you’re ready for the big release? Not an awful lot, but it’s worth making sure you’re good to go ahead of time. 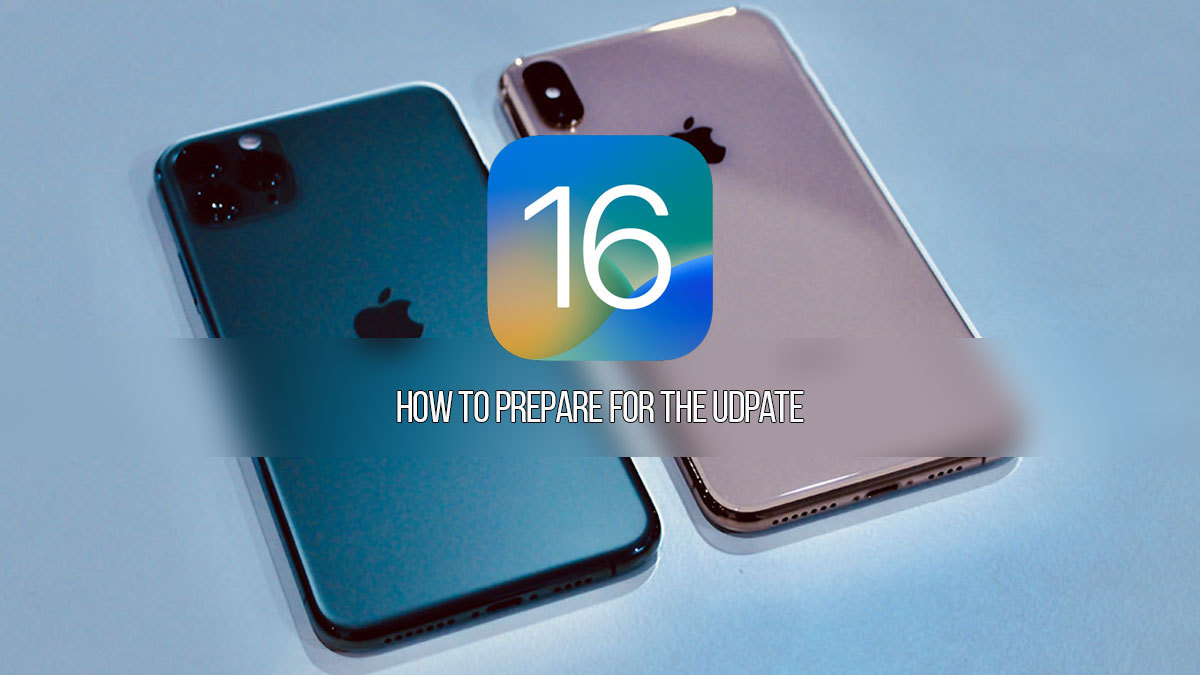 With that said, let’s dive in and get that iPhone ready for one of the biggest updates to come to the iPhone in some time.

Check Your Device Is Compatible

Most modern iPhones are compatible with iOS 16 so the chances are good that yours is, too. But it never hurts to be sure so check before you get started.

If You Have An Apple Watch

Owners of Apple Watches should probably make sure that they are all backed up and ready to go. Hopefully you won’t need it, but you can never be too sure.

Making sure that your apps are all updated means that you can make use of all of their fancy new iOS 16 features when you’re fully updated. Apps have been added Lock Screen widgets and more over the last few weeks, getting themselves ready for the big iOS 16 release.

The iOS 16 update is a big download and you’ll need to have your iPhone’s battery charged to at least 50% for the installation to start. Why not go all the way and make sure you’re charged to 100%, just to be sure?

There are so many new iOS 16 features that it’s easy to forget them. Whether it’s editing iMessages or unending emails, there’s a lot to learn. Including those awesome new Lock Screen options. Now is a good time to read up so you know what to expect when the update is done.

Free Up Some Storage

That iOS 16 update is a big one, so you’re going to need plenty of space. Now is the time to free up some iPhone storage before you get started.

It’s unusual that something goes wrong, but it isn’t unheard of. Create a backup using iTunes or Finder to make sure you’re ready should the worst happen.

If jailbreaking is your thing, be sure to check whether iOS 16 can be jailbroken before you start the update process. You don’t want to be disappointed later. You can check details about this here: Jailbreak iOS 16 On iPhone And iPad Status Update.

The iOS 16 update will be available at different times depending on what part of the world you’re in. Make sure you know when to start checking for the update in your country here: iOS 16 Download Release Time In Your Region Time Zone.

That’s it, there isn’t anything else you can do but wait. The iOS 16 update will be worth it, so kick back and relax. It’s almost time!