Being able to customize stock user-interface elements within Apple’s iOS ecosystem is one of the main reasons why jailbreaking rose so quickly into modern culture. Apple spends a great deal of time and resources on the design aspect of iOS, and understandably so wants to retain as much control over how it looks as possible. If you want to change even the smallest UI element, you would normally have to jailbreak the device and customize it via themes, tweaks and such, but this neat little trick shows how you can apply rounded corners effect to stock iOS folders simply by changing your wallpaper. And of course, it’s possible without a jailbreak. 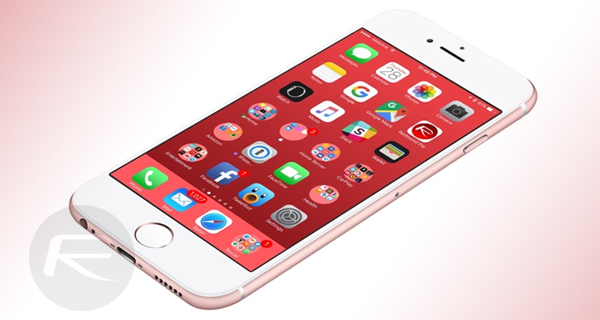 We have tested and can confirm that this neat little trick works on iPhone running at least iOS 9.3 and above. It may work on other devices and older iOS versions too but we haven’t tested on them as yet. If you got them working on firmware versions other than iOS 9.3+, do let us know.

So if you’re not jailbroken, and looking to add some zing to your iOS Home screen, here’s how you can go about it.

Step 1: First and foremost, you’re going to need to grab a particular image to set as the background wallpaper which does all the magic. You can get it from heyeased.weebly.com/round-folders-bright.html. Download the image of your choice and save it to the device.

Step 2: Launch the stock Photos app on your device and navigate to the Camera Roll. Find the image that you’ve just saved and select it. 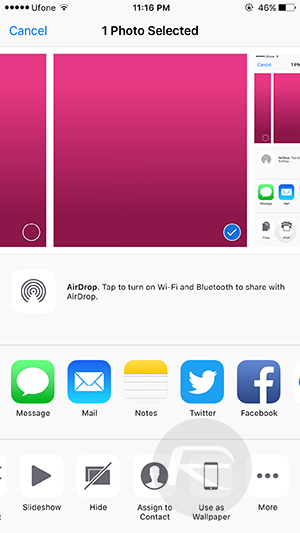 Step 3: Tap on the iOS Share icon to bring up the Share Sheet. Tap on “Use as Wallpaper“.

Step 4: Make sure that “Still” is selected. Tap on Set Home Screen button when done. 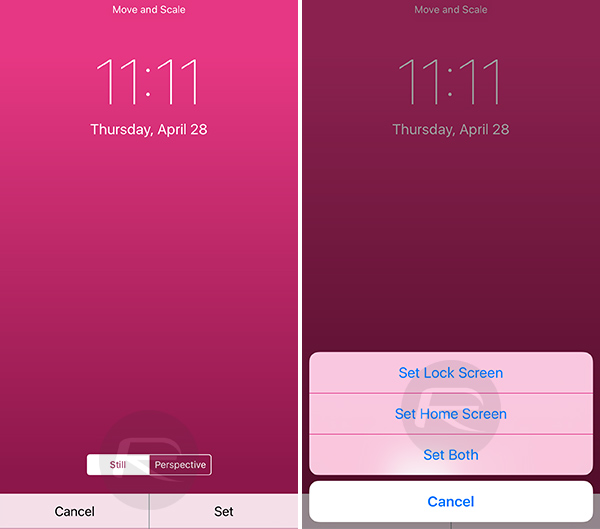 That’s it. You are done.

Simply exit the Photos app and you should now see that any folders that you have on your device’s Home screen will have rounded corners effect applied to them. The folders will continue to work and function as normal. 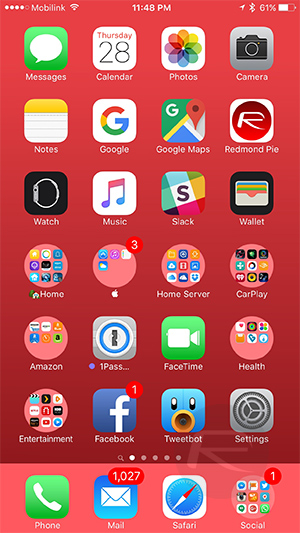 If the images included on the source don’t really work for you, or if they look a little too bright for your tastes, then you can actually make the image yourself by resizing anything you want to approximately 3-by-3 pixels.

Don’t know if it’s a glitch or magic or what, but it works. Try it out for yourself and let us know what you think.