As most iPhone and iPad users will attest, even though Apple’s hardware doesn’t come with too much bloatware installed, there are still some apps that we just don’t want to see. Apple doesn’t make it possible to hide stock apps within iOS, so the Health app, Apple News and other apps that some people would rather forget exist are destined to be visible forever. Well, maybe not.

We have told you in the past of ways to hide apps within iOS without having to go through the trouble of jailbreaking, and while not quite rocket science, there have been drawbacks to those methods. Now, a new method of making apps invisible has come to light, and works just fine with no limitations beyond the fact that it will be undone every time you reboot your device. That, in itself, may be a good or bad thing depending on your preference, so let’s just get straight into how you go about hiding your apps on the iOS Home screen. 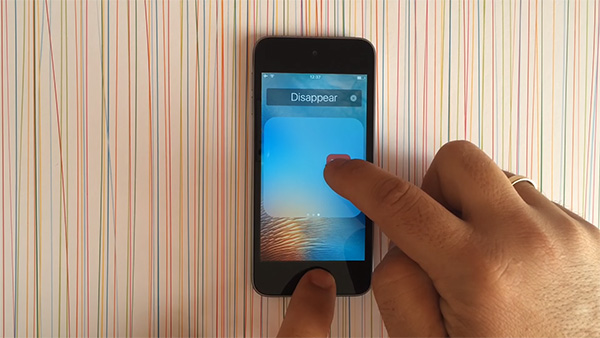 Step 1: Create a folder with all of the apps that you want to hide. It doesn’t matter what it’s called – it’s going to disappear in a minute!

Step 2: Now, tap and hold the first app and move it to the folder’s second screen.

Step 3: Now, let go of the icon before tapping and holding it again and moving it to the folder’s third screen. Don’t let go this time.

Step 4: While still holding onto the app, press the Home button. The app’s icon will disappear off the screen, gone until you reboot your device.

Step 5: Repeat the steps for each app that you want to be rid of. Each app will disappear and then the folder that was containing them will also take its leave, and you’re done!

All apps will continue to be accessible via Siri search and the icons will reappear after a reboot as we mentioned, so no need to worry about getting them back at some point.

This process is probably easier and has less drawbacks than previous alternatives, so we’d have to say this is now our preferred method for hiding those apps that we never use. There’s a handy video explaining the method embedded into this post too, so be sure to check that out as well.