How To Live Stream Wimbledon 2016 For Free On Apple TV

It’s a great time to be alive if you’re a fan of international sporting events. We’re right in the middle of the 2016 European Championships which will ultimately see one of Europe’s international soccer teams take home the trophy after a number of grueling matches. If soccer, or football as most of Europe calls it, isn’t your sport of choice, then we’ve also got the iconic Wimbledon tennis tournament happing right now in London, England’s capital.

If you want to follow all of the action from one of the world’s most famous tennis tournaments, but don’t have access to the correct stations in your part of the world, then there’s an official Apple TV app that will see you right. 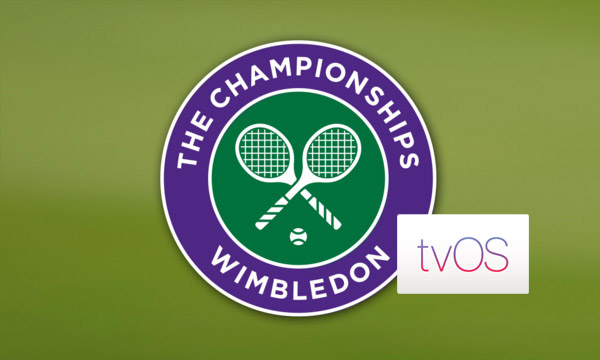 The Championships, Wimbledon 2016 is the only tennis Grand Slam tournament that’s played on grass, and is beamed to the living rooms of homes across the world directly from the All England Lawn Tennis Club in London. That means that from right now, up until July 10th, the official Apple TV app will cover all of the build-up, and every ball that’s hit between now and the end of the tournament.

The app itself even stays active all year round to bring the latest news, photographs and videos directly from Wimbledon. Of course, if you had grabbed the app before the tournament officially began, you would’ve also been able to take advantage of qualifying and pre-tournament build-up.

In its current form, the official The Championships, Wimbledon 2016 app brings instant access to live real-time scores, results and match statistics, meaning that tennis fans need never be in the dark about the results of any match involving their favorite player. There’s also an integrated Live @ Wimbledon channel that brings live match action on video, highlights, interviews and professional analysis of the game from expert critics with an inside view on the world of tennis – all for free. 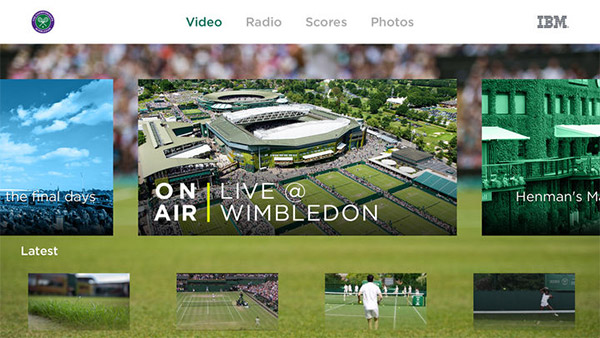 From a media perspective, there’s also video highlights and behind the scenes coverage that can be watched on demand, as well as photographs of players and matches taken from across the tournament. 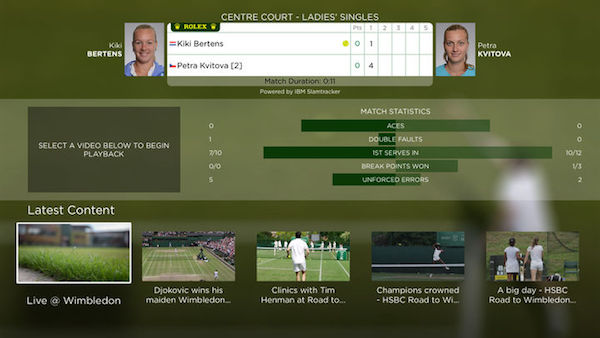 The free-of-charge app can be downloaded directly from the tvOS App Store on Apple TV 4, ensuring that you don’t miss another single piece of action from Wimbledon 2016.