Behemoth online retailer, Amazon, has officially announced that it will be holding its second annual Prime Day 2016 promotional event on this coming July 12th.

If you aren’t a regular purchaser of goods from Amazon’s collection of wares, then you may find yourself scratching your head in bewilderment wondering what exactly Prime Day is. To further reward Amazon Prime customers, the company holds a 1-day only event to introduce deals and savings that are exclusively available to Prime members who pay the $99 annual subscription fee. 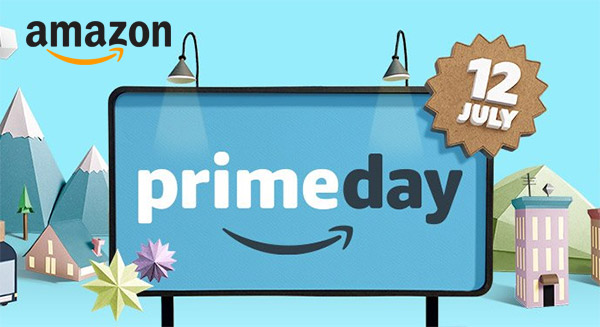 It’s no surprise that Amazon is eager to announce its second ever Prime Day. In its first outing last year the company managed to capture record-breaking sales, selling more units in that single 24-hour slot than it did during the whole of Black Friday 2014, which was the biggest Black Friday on record for the company. That level of interest not only meant that Amazon was able to capture more new Prime members than ever before, but that sellers on Amazon using the Fulfillment by Amazon (FBA) service also enjoyed record-breaking sales thanks to the promotion.

Those same sellers will undoubtedly be glad that Prime Day is back. As will consumers looking to grab a bargain that simply won’t be available to non-Prime subscribers on the day. As part of this year’s 1-day extravaganza, Amazon is promising more than 100,000 deals globally with updates to deals happening every five minutes or so.

Additionally, Amazon will also be offering very unique and special deals that are tailored not only at Prime subscribers, but to those consumers who own an Amazon Echo, Echo Dot or Amazon Tap.

While Amazon has not revealed in detail the deals that will be available as part of this year’s promotions, here’s what it has to say about what members can expect:

-Deals are Everywhere – Members can shop deals on all devices, across nearly all categories, in all Prime countries.
-Lots of TVs – The deal inventory of TVs in the U.S. will be nearly 2x than Black Friday and Cyber Monday combined.
-Toys All Day – Members in the U.S. will find toy deals nearly all day on Prime Day.
-Watch-A-Deal – Readily track and shop any deal while at home or on-the-go with the Amazon App. Learn more at amazon.com/watched.
-Sort by Category – Newly-enhanced deal shopping is designed to help customers swiftly sort deals by category.
-Alexa Specials – There will be benefits to being an owner of an Amazon Echo, Echo Dot or Amazon Tap on Prime Day.
-More Sellers – Twice as many small business sellers around the world are participating in Prime Day this year.
-More to Watch – Members will find unbelievable deals on some of today’s top rated TV series and popular blockbuster films to rent or purchase and instantly stream on Amazon Video.

This may only be the second annual Prime Day sale, but it looks as though the company is learning from the few issues and mistakes that where made last year. More specifically, resolving low stock issues by introducing additional inventory for certain products that are expected to be popular:

Following last year’s record sales, we have dramatically increased the inventory behind many deals. In fact, in the U.S. we have nearly double the TV units compared to Black Friday and Cyber Monday combined.

It’s not only the main event on July 12th that Prime subscribers can look forward to. From July 5th through July 11th Amazon will be running various countdown deals such as a “32-inch TV bundle with a Fire TV Stick for $119.99” and much more. These promotions are designed not only to save money, but to also increase excitement ahead of the big day. Are you ready for the savings?