One of the biggest sporting events on the planet is set to take place this weekend in Santa Clara, California. The upcoming Super Bowl 50 will see the Carolina Panthers come up against the Denver Broncos in the hope of securing the extremely sought after Vince Lombardi Trophy.

As is usually the case, tens of millions of Americans will tune into CBS to watch the play unfold minute-by-minute. There’s also the appeal of the national anthem, which this year will be handled by Lady Gaga, as well as the halftime show, which includes performances by Coldplay, Beyonce, and Bruno Mars. Of course, not everyone has access to cable, which is why streaming of the game to your computer, or even a smartphone and tablet, is sure to appeal to a lot of people. 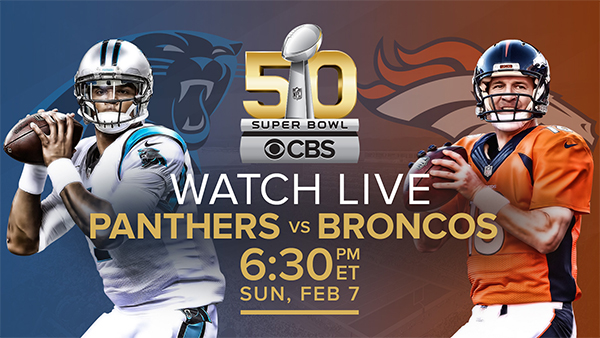 If you prefer to sit in front of a notebook or desktop computer running either Windows 10 or Mac OS X to see the game, then you’re going to want to point your chosen web browser at CBSSports.com. CBS will be going through the process of hosting pre-game shows and content from as early as 11am ET. With that said, the real official pre-game entertainment will start 3 hours later at 2pm ET with The Super Bowl Today show. Kickoff for the actual game is 6:30pm ET.

Of course, a magical game like American Football is better enjoyed from the comfort of a large seat in front of a big screen high-definition TV with friends and family. If that’s how you intend to watch the game, then you’re going to want your television set with the CBS Sports app installed. CBS notes that its app is currently available to install from the app stores on Xbox One, Apple TV, Android TV devices, Roku, and Amazon’s range of Fire TV set-top box and Stick. That collection should be enough to ensure that the majority of people wanting to use the CBS Sports app will have some kind of compatibility. 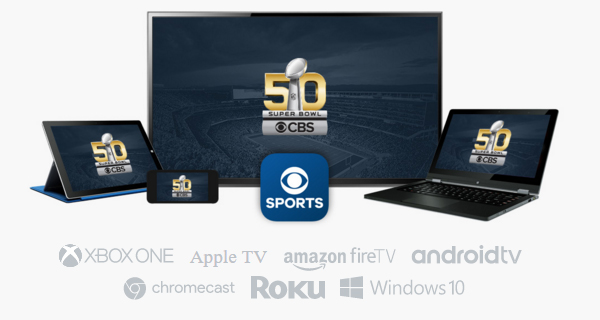 Want to watch the Super Bowl live stream on your tablet? Simply download the CBS Sports app for iPad and enjoy the game on Apple’s tablet.

Additionally, if you happen to be an eligible Verizon Wireless customer, then you’ll be able to stream the game directly from the NFL mobile app on your iPhone or Android smartphone. Watching a once-a-year game like the Super Bowl may not exactly be the best idea on a small iPhone or Android device, but it’s most definitely better than missing the game in its entirety. 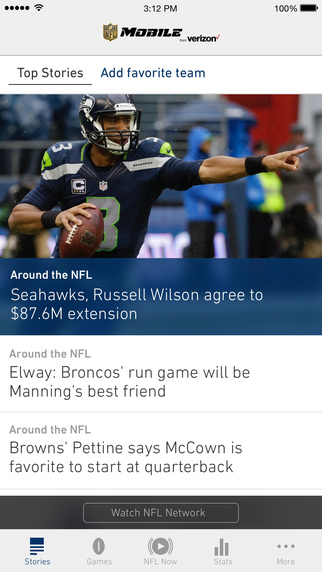 You can download NFL app for iPhone from here, and for Android from here.