When iOS 5 was launched with the iPhone 4S during the last quarter of 2012; one of the most notable and popular feature was Siri, the virtual digital assistant. Siri was extremely well-received but also spun some arguments as to why Apple only bundled the software on the iPhone 4S and not on older iOS devices. Step forward the jailbreak scene with a number of Siri GUI ports as well as the setting up of proxy servers that allowed older generation devices to connect to Siri.

We’ve moved on a little since then and with iOS 6 now officially out in the wild, we are seeing some dramatic improvements to Siri. Apple has made the assistant more intelligent, allowing it to interact with various third-party services to provide business, restaurant and sports information. Furthermore, Siri has gone beyond the iPhone 4S and is now a part of the third-gen iPad, fifth-gen iPod touch and the iPhone 5. That still doesn’t answer the calls of those who want Siri but are still using an older A4-powered device such as the iPhone 4. This method of getting Siri up and running from Cydia on iOS 6 requires a jailbreak on older A4 based devices.

Step 1: The first and potentially most important step is to get access to the required Siri port files. Open up Cydia on your iPhone 4 or iPod touch 4 and head to the section where it allows you to add a new repository (Manage > Sources > Edit > Add). In the resulting pop-up box; add the following repo address and confirm the addition: repo.siriport.ru

Step 2: When the repository has finished reloading its data; search for the SiriPort (original) iOS 6 package and install it to the device through the usual manner.

Step 3: When the package is installed and the device has rebooted, navigate to Settings.app and find the SiriPort.Ru Original option. Tap on this option and select the Install Certificate to install the require verification certificate to enable communication between the device and the Siri server.

Step 4: Installation process is now complete. Invoke Siri and say anything to start using it.
Note: It may take a while for it to respond to your queries. Keep trying until you here back from Siri. 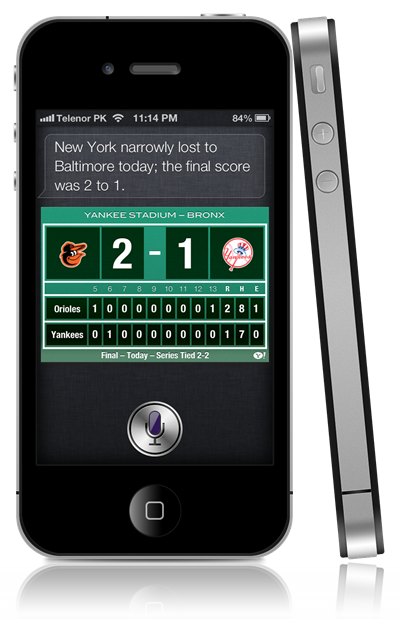 While this may not be the fully functional or perfectly usable Siri that we are seeing on the iPhone 5, iPad 3 and iPod touch 5G with iOS 6, but it is a step in the right direction for users who would have otherwise been without it.