Although a lot of developers are yet to accept it, it isn’t a coincidence that the most popular and well-received apps for mobile devices are ones that look great and are simple and intuitive to use. Smartphones and tablets generally provide a limited landscape and usage area, and it is important that the user-interface lends itself well to the functionality of the app to provide a great experience for the user. After all, they are the ones who matter most. The HoloNotes note-taking app for Android-powered devices is one such example on Google’s mobile platform that definitely ticks those boxes.

The Android Design Guidelines have gone some way to ensuring that a consistent and positive UX is felt on the Android platform, but it’s still nice to see developers taking note of those guidelines and implementing them into their software. As the name suggests, HoloNotes has been crafted with Google’s Holo theme in mind and is a great note-taking app for Ice Cream Sandwich and Jelly Bean users. One of the great things about the app is that it steps back from overcrowding with useless features and concentrates purely on what’s important to the user. 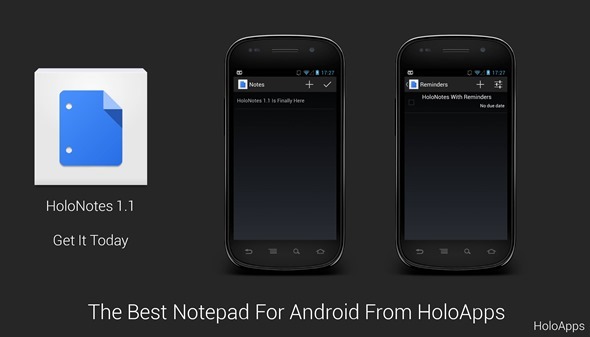 The core functionality of the app allows Android users to quickly capture text-based notes as well as create task-based to-do lists that doubles the capabilities of the app. Users will find themselves easily creating endless lists of things that need to be completed as well as assigning notes with each task to make sure nothing is missed. The integrated hardware acceleration of HoloNotes makes sure that no performance issues are experienced when adding new content to the app and acts as another example of a great user-experience. The developer has also had the foresight to included full-screen mode that allow notes to be edited and actually visualizing more of the content of each entry. 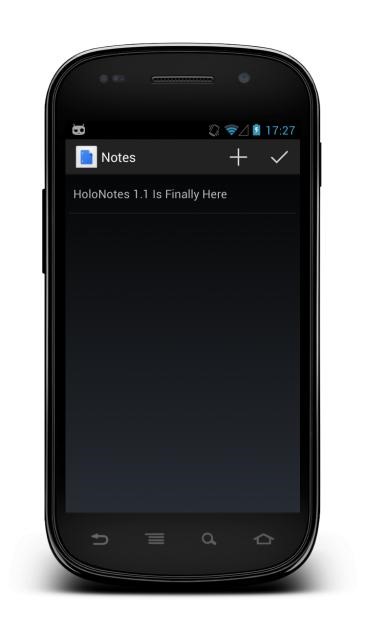 This particular version of HoloNotes will more than likely be familiar to those in the Android community who have experience of using the HoloPad app that was originally designed and released for earlier versions of Android. The upgrade to support the most recent versions of Google’s extremely popular operating system is definitely a welcome update, especially considering it adopts the popular Holo user-experience that Google are so keen to push. 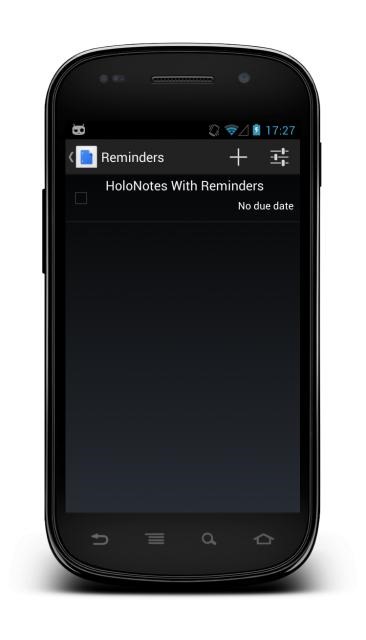