Windows Phone 7 struggled in the beginning because of a lack of handful of important features, one of which was multitasking. Microsoft later included multitasking in Windows Phone 7.5 Mango with an webOS-like app switcher which presented users with “cards” of apps.

Now, Android enthusiasts who wish to use said app switcher on their device can rejoice as developer evilisto has managed to get a look-alike of it working on Android 4.0 Ice Cream Sandwich (ICS) on the Galaxy Nexus and Nexus S. Check it out after the jump! 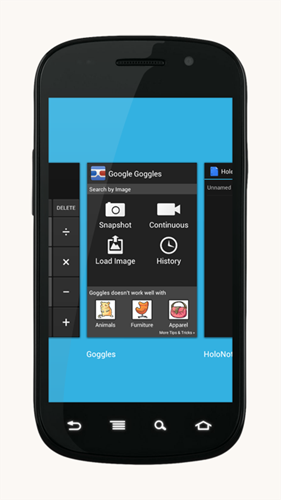 The news comes straight from a thread posted over on popular Android hacking and development forums XDA-Developers. As a matter of fact, there are two separate threads: one for the Nexus S, and the other for the Galaxy Nexus. Both posts discuss the “Windows Phone 7 Style App Switcher for ICS” on how to apply it on respective devices.

To get the WP7 app switcher on your Galaxy Nexus [XDA Thread] / Nexus S** [XDA Thread], you will of course need to be rooted, install SuperUser (or the more advanced SuperSU) and flash ClockworkMod Recovery. Other than that, it’s best if you have a little experience in flashing custom ROMs and apps in the form of .zip files.

Both developers have made the mod available in the form a flashable .zip file. Just boot into ClockworkMod Recovery and install the corresponding .zip file for your device. As always, it is highly recommended that you take a nandroid backup beforehand in case anything unexpected happens and you wish to revert back to original setup.

Folks who have applied the WP7 app switcher mod on their Galaxy Nexus and Nexus S have given positive feedback as the imitation is spot-on. Have a look at it in action below:

*In portrait mode, at least.

**This is for the Galaxy Nexus and Nexus S only. If you want to get it working on another Android device, you will have to edit the SystemUI and framework-res APK files yourself.

You may also to check out: