iOS Is Google’s Cash Cow, Raking In Four Times More Money Than It Does From Android

According to Google’s own numbers, the search and mobile technology giant is currently making four times as much money from iOS devices like the iPhone and iPad, as it is from smartphones and tablets running its own Android mobile operating system. 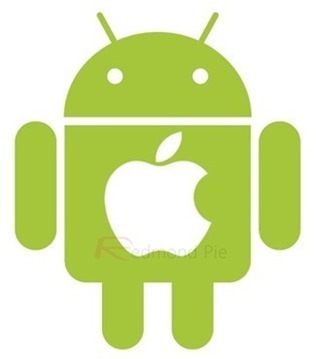 So, the story comes as Google has released information to Oracle as part of what is expected to turn into a patent and copyright infringement case between the two companies. As part of the settlement offer on the table, Google has admitted that it made less than $550 million from devices running Android, between 2008 and the end of 2011. If this information is correct, and we have no real reason to believe that Google is lying, then that would mean that the company is making around $10 for each Android device sold. That is, assuming Google’s own published Android activation numbers are accurate for the same timescale.

The news that Google is doing so well out of Apple’s hardware should not be as surprising as it first seems. All iOS devices come bundled with Google’s search and Maps as standard, with other apps available as a free download. Add in all the advertisements displayed on iPhones and iPads around the globe, and it all starts to make a little more sense.

Still, this will not stop Apple and Google fanboys taking the news in very different ways. We all know that Apple fanboys in particular enjoy a good opportunity to laud it over their Android-toting friends, and stats like these certainly go some way to making that easier than it was before.

What this does show, however, is that Google is happy just for people to be using mobile devices at all, regardless of the platform. If people are looking at screens, be they Android or iOS, then the chances are they are also looking at Google’s apps or, more likely, their ads. Either way, Google will consider itself a winner. Remember that back when Google first started out the Android road, it said it just wanted to get handsets into peoples’ hands.

Turns out, Apple may be doing that just as well as Google these days.

We doubt Google really cares, so long as its products are shipping on iPhones and iPads, that is.