Free And Ad Supported Apps Are The Real Battery Hogs On An Android Device, Study Reveals

Such is the popularity of smartphones and mobile devices that there seems to be some kind of survey, experiment or report for every single aspect of the mobile technology industry. Just so you understand, we aren’t complaining about this as these reports and experiments generally provide some extremely insightful information which can sometimes mold the way users operate their devices. In the last few years we have seen not only mobile devices, but mobile software burst onto the scene and become a multi-billion dollar industry almost overnight. Ecosystems such as the iOS App Store and the Google Play serve up billions of downloads to consumers, consisting of all different types of apps. 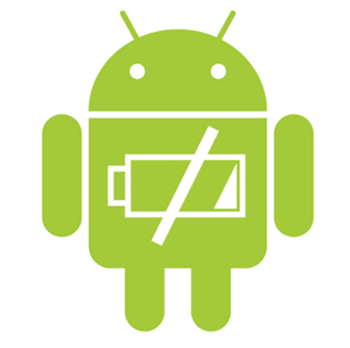 For those familiar with mobile apps that are available for iOS and Android, you will know that both app hubs contain apps which are free of charge as well as those coming with a small price tag. It seems that over the last couple of years, users have grown to resent paying a relatively small amount for mobile apps, with people having differing thoughts on why is that so. We all like to get something for free, but if a recent discovery is to be believed then it would seem that Android users who opt for free of charge apps may be getting more than they bargained for.

A team of computer scientists at Purdue University in Indiana, led by Abhinav Pathak, have recently developed a piece of software with the sole focus of analyzing the energy which apps consumed while being installed on a device. The team used the software to look into the behavior of some popular free-of-charge apps such as Angry Birds, Free Chess and the New York Times only to find out that approximately 10 to 30 percent of the energy used was done so the app’s advertising features could be powered. These findings mean that up to 75 percent of the energy used by some free apps is spent performing other tasks such as serving up advertisements or uploading user data back to a remote server.

To provide an example, the Angry Birds application uses only 20 percent of energy to actually load and run the game for users. This is in stark contrast to the 45 percent that is used to track the location of the device, upload it to a server and then download advertisements based on that location. These tests were performed over a 3G data connection and showed that the connection remains open even after the process is complete, accounting for an additional 12 percent energy usage. Generally speaking, developers make use of third party code in order to serve advertisements to users and monetize apps which would otherwise generate no revenue. Pathak believes that this inefficient code could be the cause of the problem and will present his teams findings at the EuroSys conference in Switzerland next month.

If you are the type of user who cares deeply about your battery life, then maybe it is time to consider opting for a chargeable version of the desired app next time.