The Samsung Galaxy S III is undoubtedly the most anticipated Android smartphone of this year. After the back-to-back successes with the record-breaking and award-winning Galaxy S and Galaxy S II, there are high expectations from the next in line, and from the rumors and reports floating around the interwebs, Samsung is all set to deliver!

According to a new report published earlier today, Samsung is looking to include the latest in wireless charging technology in the Galaxy S III. Details after the jump!

The news comes in the form of a report from Korean daily DDaily in which they cite anonymous industry sources who claim that wireless charging technology will be one of Galaxy S III’s biggest features.

Now that phones and tablets are practically as thin as their ports will allow, wireless charging may be the next step forward, and Korean publication DDaily is reporting that Samsung’s rumored Galaxy S III superphone will lead the way with a built-in inductive charger.

The technology will be based on the principles of magnetic induction. An induction coil is used to create alternating electromagnetic field in the charging base station while a second induction coil is placed in the mobile device. This system produces electromotive force in the secondary induction coil from the alternating current in the primary which, in turn, charges the device. If you’ve studied secondary level Science/Physics, you’ll know what I’m talking about. If you have no clue what I just said, then to put all the jargon in more simple and easy to understand words; wireless charging. 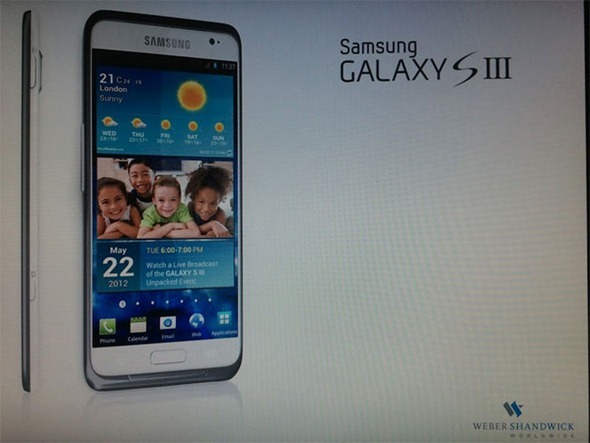 We can now add wireless charging to the ever-growing list of rumored features for the Galaxy S III which include: a quad-core Exynos chip, 1GB+ RAM, a 4.8” Full HD 1080p Super AMOLED HD display, Liquipel waterproofing technology and an 8MP/2MP camera. It will be based on Android 4.0 Ice Cream Sandwich and will have Samsung’s custom TouchWiz UX on top.

However, if a report from yesterday is to be believed, then Samsung might add a little surprise under the Galaxy S III’s hood, allowing users to switch between TouchWiz and a plain ol’ vanilla offering of Android. That would be a very, very wishful move on Samsung’s end if this feature does see the light of day.