With so much power packed into these little devices, I say it’s a shame if you don’t make full use of all of it. Whether it’s getting out of Apple’s nicely-maintained walled-garden or Android device manufacturer’s locked, stock ROM, rooting your smartphone/tablet is something I recommend all tech-savvy people to go ahead with. There’s an entire world of apps, tweaks and ROMs just waiting to be played around with.

Since rooting is a pretty popular topic around Redmond Pie, I’m sure you already familiar with them. Still, for the uninitiated: rooting is the process of gaining superuser access to your Android smartphone/tablet.

Once you have gained root access on your device, root permissions are managed by separate app. ChainsDD’s SuperUser is one of the most popular apps for this purpose, but recently a new app called SuperSU (developed by Chainfire, a respected Android hacker and developer) was released that enhances superuser control on Android devices. Check it out after jump! 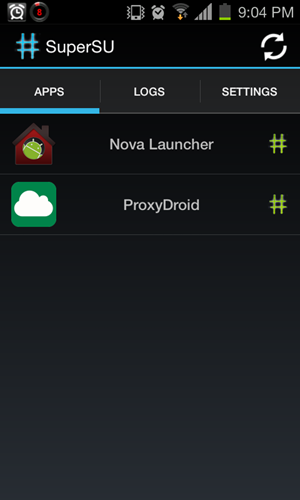 SuperSU takes SuperUser and enhances just about every bit of it! It comes with a better access prompt/logging/notifications, lets you configure notifications for each apps, unroot your device temporarily so you can access non-root-only services like Google Videos and more. These features are included in the free version [Play Link] while the pro version [Play Link] comes with features like an OTA Survival Mode in which SuperSU attempts making through an OTA update that normally removes root access, PIN protection, color-coded input, output and error command content logging. 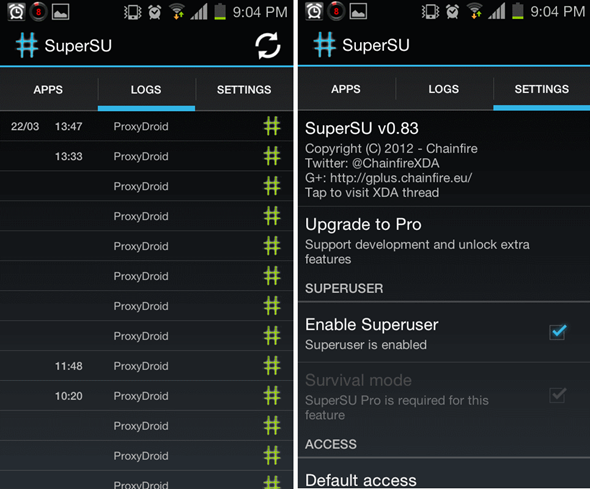 SuperSU obviously requires root permissions to run, so be sure to root your Android device first. After rooting, you may install SuperSU so that it can manage root permissions. If you already have SuperUser installed, then you don’t have to do anything special: installing SuperSU automatically dethrones SuperUser from root management.

I’ve been using SuperSU for the past few weeks and, to be very honest with you, haven’t noticed any significant differences between it and SuperUser. Unless you’re an advanced enthusiast, you won’t either. But yes, the Android developer community has been singing praises for it, so we still highly recommend you get it for your device.