Although many Android users stand partisan against iOS, there are still plenty who can appreciate certain aspects of Apple’s mobile OS. With this in mind, developers often come through with apps offering tidbits of the iPhone or iPad experience on Android smartphones and tablets, and Espier Studio has made its name through allowing Droidsters to dress their devices up in the iOS interface. The new Espier Launcher iOS 7, as you might imagine, allows you to make your device look as though it’s running Apple’s latest and greatest, and with iOS 7 not actually releasing to the public until 18th September, you can actually beat your iPhone-loving buddies to the punch.

Espier Launcher iOS 7 allows you to bring that iOS 7 experience to your Android home screen, and when coupled with Espier Screen Locker iOS 7, lets you transform your Nexus or Galaxy smartphone into something resembling a bitten Apple. 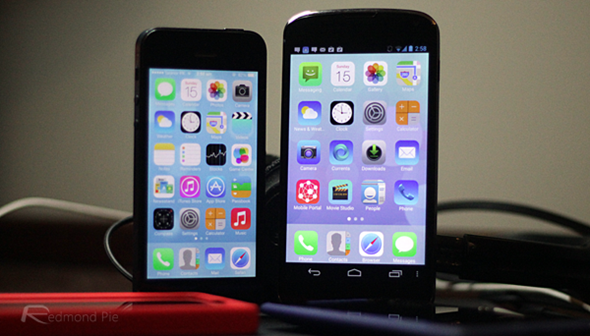 Like Espier’s previous efforts, much attention to detail has been paid in creating these two apps, and when both are installed, the result is a rather convincing iOS 7 impression. Sure, it’s not the exact same thing, and there are one or two discrepancies compared with the real thing, but overall, it’s a pretty good effort, and easily the best iOS 7 experience you’re likely to find over at the Google Play Store.

We’ve given it a whirl on an HTC One and Nexus 4, and have to report that it does indeed look beautiful. The vast majority of those having used it over at the Google Play Store seem to agree, so if you want that iOS 7 look but don’t want to go and spend money on a new device, then Espier Launcher iOS 7 and Espier Screen Locker iOS 7 are the next best thing. 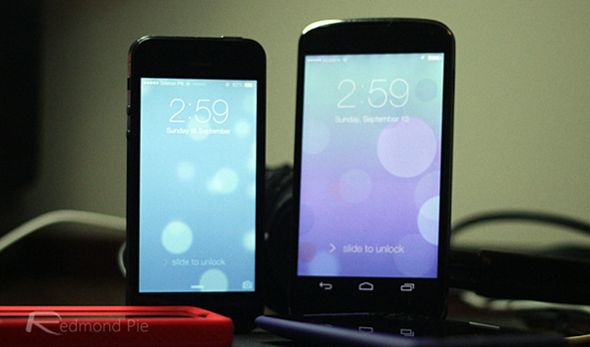 Both are absolutely free to download and install on your device from the Play Store, so if you are intrigued by those Jony Ive-made UI elements, check the direct download links below. Oh, and if you do happen to install them, be sure to leave your thoughts in the comments section below.