Here’s how to get iOS 11 exclusive AirPods feature for Next / Previous Track selection on iOS 10 iPhone or iPad.

If you own a pair of Apple AirPods then you will likely have been somewhat excited, but also somewhat disappointed, to learn that the initial iOS 11 beta introduced additional functionality and opened up the use of the next and previous options. Worry not, it is actually possible to get this level of functionality working when the hardware is paired with an iOS 10 device as well through a workaround. 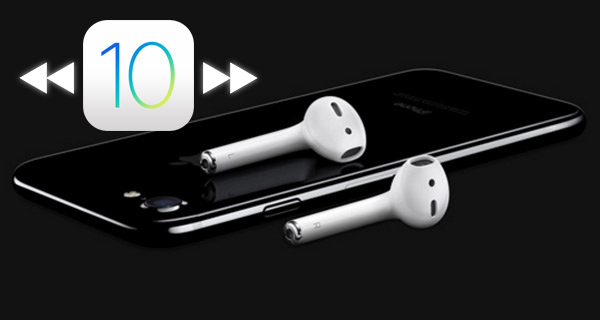 The iOS 11 beta is extremely interesting for a number of reasons. It not only includes a ton of new functionality and brand new shiny things but it also includes the aforementioned ability to use the next and previous track functionality with the Apple AirPods. There’s also the ability to actually define different actions to those options, such as using the Left AirPods earpiece to do one thing, and using the Right AirPods earpiece to do another.

Apple hasn’t explicitly made this functionality available to devices running iOS 10, but as mentioned earlier, there appears to be a little workaround which instantly lets users unleash that functionality on the current public version of iOS.

The trick comes from actually pairing and using the AirPods on a device which has the initial iOS 11 beta installed, and then going back and pairing the same AirPods with an iPhone or iPod touch device running iOS 10. It’s almost like a little hack, but the unveiled settings will continue to persist on that new device, giving instant access to that new desired functionality. 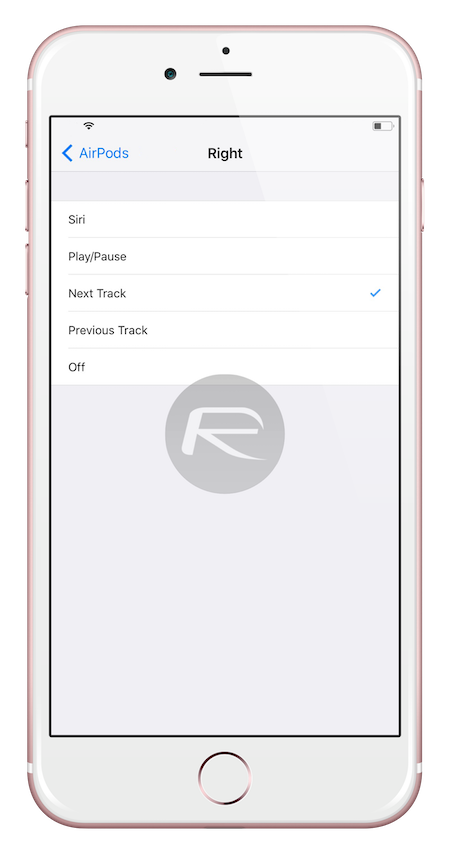 One thing to remember here is that it’s very important to not mess around and and alter the settings once the AirPods have been paired back to the iOS 10 device. That will instantly overrule everything that you have setup and created on the iOS 11 beta device, leaving you essentially back in the same position that you started in. Aside from that little niggle, and the obvious issue that you need to have an iOS 11 device in order to actually get it working in the first instance along with latest firmware version for AirPods.

It’s a very handy little bit of knowledge which should bring some smiles to the faces of those with AirPods.