How Not To Be A Glasshole, According To Google

Google Glass is still very much in its infancy, but that hasn’t stopped plenty of people from getting excited about the first wearable technology that lives on your face. Google Glass Explorers were the first to get the opportunity to buy Glass, and with that program constantly opening up to more and more people, there has inevitably been one or two flash-points in which those donning Google’s eyewear have found themselves singled out. Google’s set about making sure Glass wearers don’t make themselves easy targets for such things, and it’s posted a handy list of Do’s and Don’ts for people to follow.

The list, posted to Google’s Glass announcements website, lists five things it thinks you should be doing with Glass, and four that it feels probably aren’t a good idea. Most of them are so obvious we’re a little concerned that people needed telling, and Google has even taken the ‘Glasshole’ tag to heart by aiming a shot across the bow of those that just don’t seem to be able to use Glass without making themselves a damned nuisance. 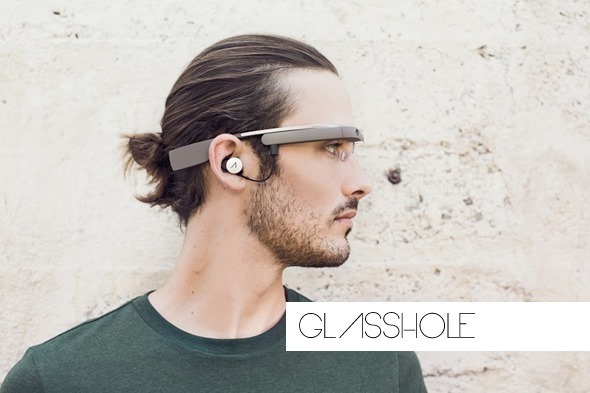 Throughout the list there seems to be one constant theme, and that’s that people wearing Glass should seek to make people at ease with what they have on their face. Most people won’t even know what Glass is, let alone appreciate the idea of someone being able to film everything that goes on around them. Google suggests that a quick demonstration of what Glass can do may help put people at ease, though we suspect that may have quite the opposite affect on anyone that’s already predisposed to being a little on the paranoid side. Still, being upfront about what that funny thing above your eyebrow is doing is probably the best course of action regardless.

Be creepy or rude (aka, a “Glasshole”). Respect others and if they have questions about Glass don’t get snappy. Be polite and explain what Glass does and remember, a quick demo can go a long way. In places where cell phone cameras aren’t allowed, the same rules will apply to Glass. If you’re asked to turn your phone off, turn Glass off as well. Breaking the rules or being rude will not get businesses excited about Glass and will ruin it for other Explorers.

Google finishes the list by imploring people to not be a ‘Glasshole.’ Whoever thought that term up requires a pat on the back and slap around the head in equal measure, but the point still stands. If you’re using Glass, please don’t just disappear into a world of your own while you check your email. It’s not cool when you do it on your smartphone, and it’s certainly not cool when it looks like you’re examining the ceiling for mold instead.