Since the introduction of Siri back with the iPhone 4s two years ago, production car manufacturers have sought to offer consumers better integration with their smartphones, and Honda has long since been an advocate of the Siri ‘Eyes Free,’ integration of which the company announced last week for select models on its production line. But following the lead of many other companies in harnessing Siri’s voice-recognition capabilities isn’t the only trick Honda has up its sleeve, for now, the Japanese company has revealed that the 2014 Honda Civic Coupe and 2015 Honda Fit will be sporting even more integration by way of ‘HondaLink’ technology. Details, as ever, follow after the break.

Honda took to Google Hangouts a short while ago to share the news, which arrives on the eve of the new Civic releasing tomorrow. Both it and the 2015 Fit will include a 7-inch HD touchscreen display, and will present information in an easy-to-use, smartphone-esque interface. 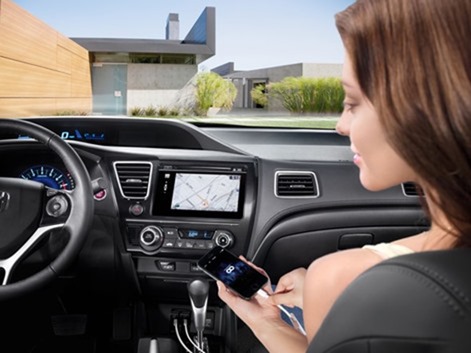 Users will be able to access all of the necessary features and functionality such as calling, audio and navigation, and with gestures very much familiar in the form of swipe / pinch, owners of either automobile shouldn’t encounter too much difficulty in acquainting themselves with the system. 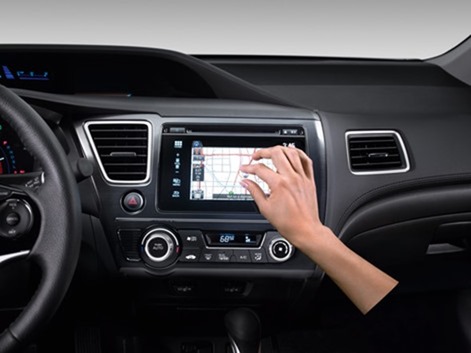 Although the display itself, as well as the software behind it, obviously won’t run on iOS, and probably never will in the years to come, but the accompanying HondaLink apps for iOS will make it easy to wirelessly connect an iPhone. Models supported include the latest and greatest iPhone 5s, the colorful iPhone 5c, and of course, the iPhone 5. 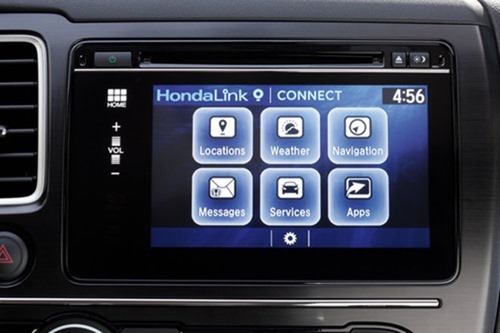 Honda has clearly put a lot of work into its apps, and no matter if you’re looking for directions or wishing to answer a call, the HondaLink suite should have you covered. As well as the Connect app for your general weather, messaging, and service scheduling needs, there’s an all-singing Navigation app offering cloud-based navigation, updated traffic and 3D mapping. The Navigation app does cost $60, which is quite a lot since many of us are accustomed to firing up Google Maps and simply following its every whim, but as you might imagine, this paid app has more by way of features to make the journey to somewhere new as painless as feasibly possible.