We are pretty sure that we will see an Apple media event being held in September, part of which will be dedicated to introducing the world to some new hardware. As things stand at the moment, it looks nailed on that Tim Cook and his colleagues will take to the stage to announce and show off the next-generation iPhone in all its glory, but apart from that, the jury is still out on whether or not they will use the same forum to tell us about a couple of new iPods we are expecting, as well as the baby iPad, commonly dubbed as the iPad Mini.

Up until now, we have made some extremely well educated guesses about the company’s possible announcements, as well as the likely aesthetics of what they will introduce us to. Until we have official confirmation from Apple themselves, which won’t come until the actual day of announcement, no-one can know for sure what to expect. With that being said, various reputable news outlets have all but confirmed the existence of the iPad Mini. 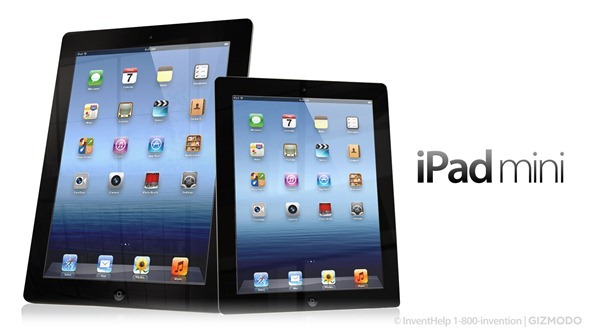 In the absence of the actual device to refer to, the next best thing is to take what we already know about the baby iPad from various leaks and reports, and use it to produce a mocked up render of the tablet. This is exactly what has happened through a Gizmodo collaboration with a designer, a partnership that has brought the images which you see embedded. The purported iPad Mini is shown side-by-side with its bigger brother, and although moving from a 9.7-inch display to a 7.85-inch display might not seem like a lot, but it actually makes quite a significant different in comparison. 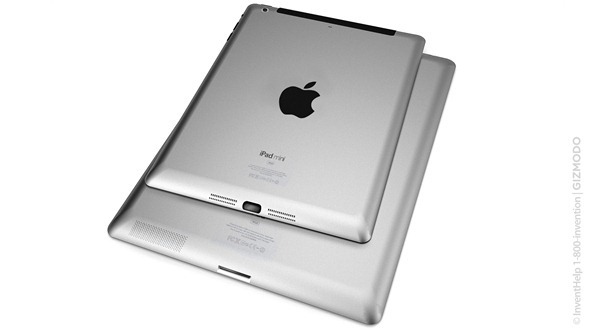 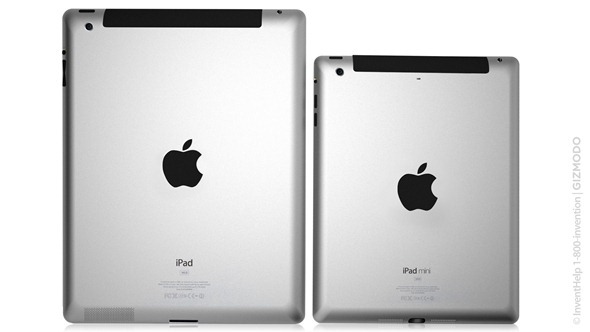 The mockup of the iPad Mini has been created from the various rumors that have been floating around the web for some time, including the physical dimensions of the display, and also includes a rear-facing camera and the new reduced size dock connector that is likely to be included across all new iOS devices going forward. Apart from the obvious size differences between the current iPad and this miniature offering, it will be extremely interesting to see if Apple includes any additional features that we haven’t been expecting, and at what price point they will enter the market.