Part of the Windows Essentials Pack, Windows Photo Gallery and Windows Movie Maker are two of the most popular pieces of software for basic photo and video editing (respectively). They improved significantly over the past few years, and now Microsoft has introduced major new features to both. Check them out after the jump.

News of the update comes straight from the Windows Experience Blog where Microsoft Employee Brad Weed talks in detail about the new features in Movie Maker and Photo Gallery.

Video stabilization has made its way into Movie Maker and it looks to be pretty effective at reducing shakiness in your videos. You’re given the option to choose how much stabilization you want, whether it’s just anti-shake or maximum anti-shake and wobble correction.

A big part of making the perfect video clip involves selecting the right background music. Movie Maker now lets you access AudioMicro, Vimeo and Free Music Archive to directly put music in your video without worrying too much about copyright infringement issues. To aid editing, the audio of a video clip, you can now see waveform visualizations to adjust the starting or stopping of the background music. Microsoft has also introduced a third audio track dedicated to narration. Lastly, you can choose to emphasize one of the three audio tracks – narration, video, music. 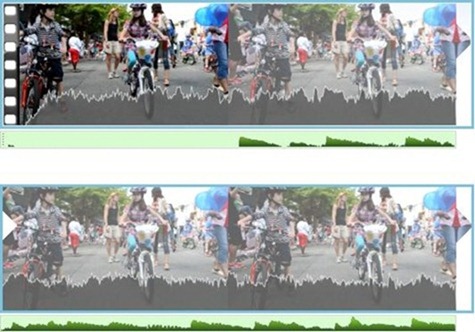 Text effects have been improved in Movie Maker as well as they can now have an outline to make it easier to read.

While Movie Maker has received a good number of feature updates, Photo Gallery has only received an Auto Collage feature that you lets you select a bunch of photos that it then automatically puts together in the form of, well, collage which you can send it out to concerned people. 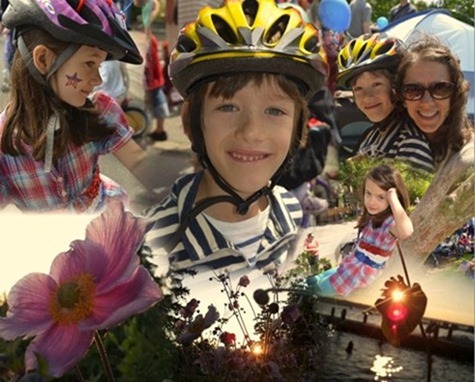 Movie Maker is still pretty much a very basic movie editing tool compared to offerings from Apple and Sony, but that’s exactly what makes it so compelling for the beginner folk like me. When it comes to photo-editing though, I’m a big fan of Google Picasa. Photo Gallery just doesn’t come close to it in terms of ease of use, and quality and quantity of photo-editing features.

You can download the new Movie Maker and Photo Gallery from the via link below.