Here are a few tips to make text selection on Apple’s iPad, or the new iPad Pro, much easier,whether it is specific words, lines, or paragraphs that need highlighting.

The iPad Pro remains the hot topic of discussion a week after it went on sale last Wednesday, and while there is little doubt that the iPad Pro is a powerhouse of which there is little matching, the world of iOS is generally accepted to still be lagging behind the capabilities of the hardware involved. That doesn’t mean that all of the problems people are coming up with are 100% justified, and developer Steve Troughton-Smith took to Twitter to show people that text selection on an iPad isn’t as bad as they might first feel.

As Troughton-Smith pointed out, selecting lines and paragraphs of text is just a case of double or triple tapping on that text, and with people again complaining of the lack of a trackpad and their belief that it means navigation and text selection on an iPad is sub-par.

Apple also points out that users can turn their iPad’s keyboard into a trackpad of sorts, although it’s not quite the same as a physical trackpad. 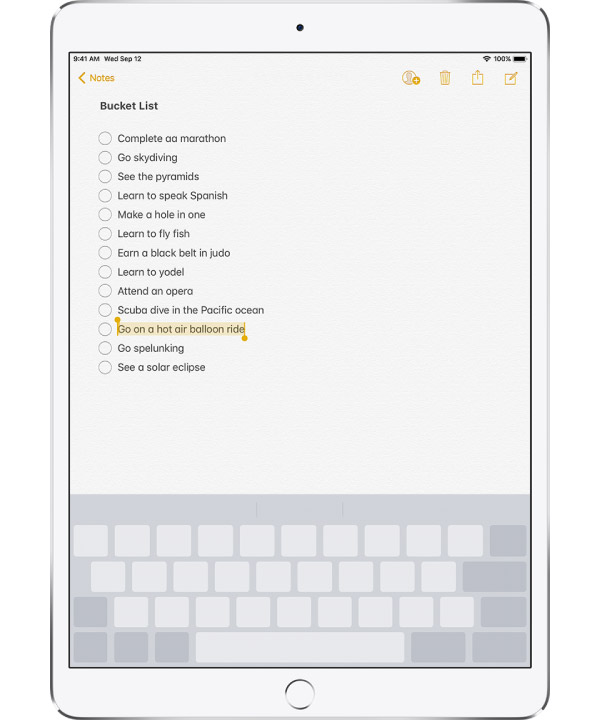 Turn your keyboard into a trackpad

But hey, it’s better than nothing, right?

I can tell from a bunch of iPad reviews that a lot of people don’t know this, so here’s a pro tip: use two fingers to select text and move the insertion cursor around when editing text. It’s almost as good as a physical trackpad @lisagade pic.twitter.com/7TbEoQ894F