Spotify-using Apple Watch owners rejoice, for the music streaming service has today released what it calls the “first version” of an Apple Watch app, something that gives us confidence that the company has plans to improve the app in due course.

The app, which is part of the iPhone app version 8.4.79, is available as a free download from the App Store with the release notes barely mentioning the Apple Watch app in passing. 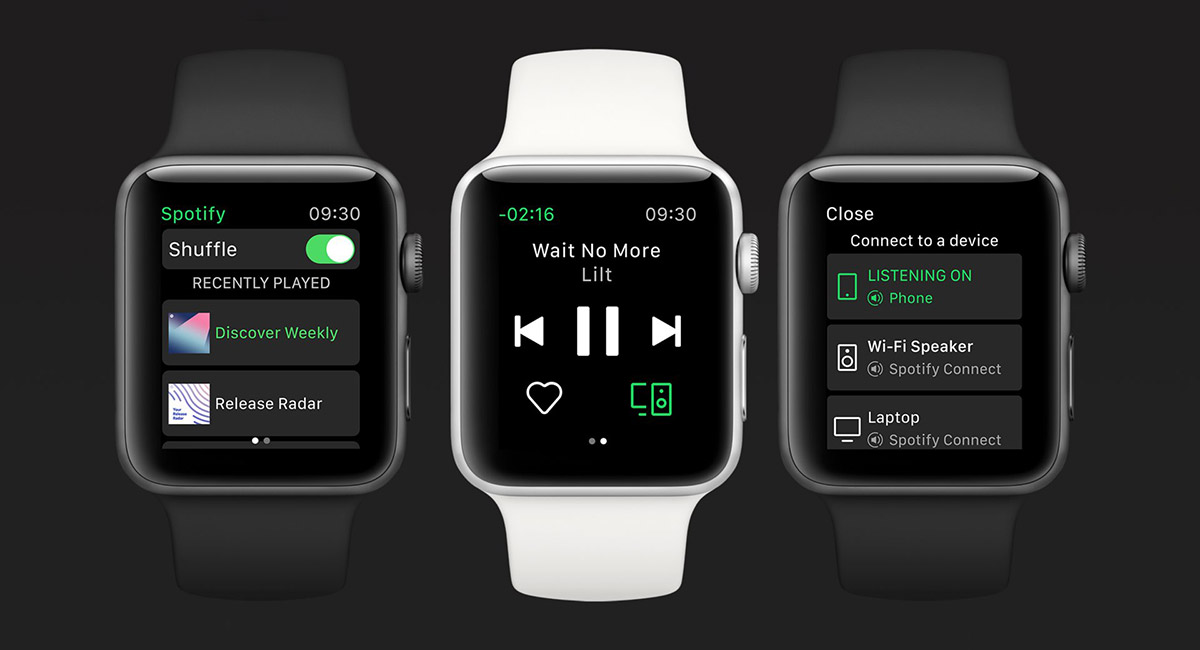 Thankfully, a full press release was released later – check that out at the bottom of this post.

We’re always making changes and improvements to Spotify. To make sure you don’t miss a thing, just keep your Updates turned on.

– This release includes the first version of our Apple Watch app

This update comes after a TestFlight beta of the Spotify app surfaced with an early Apple Watch app earlier this month, although there were very limited features within that beta.

Anyone wanting to try the new app out can do so by updating to the latest version of Spotify on their iPhone and then installing the Apple Watch app via the configuration app of the same name.

The bad news here is that the app is essentially limited to offering remote playback of music that is on an iPhone, meaning the Apple Watch app is unable to function without an Apple Watch nearby. Still, there’s hope that this will be rectified in a future release, especially given Spotify’s assertion that this is the “first version” of the release.

We’re constantly on the go—whether bouncing between the gym, work, school, errands, or just chilling—and our smartwatches are the tool to help keep us up to speed. Today, Spotify is introducing a new app for the Apple Watch, giving you the ability to seamlessly access and control your favorite music and podcasts without missing a beat.

We know the importance of having music on the go, which is why we’re excited to bring a new Spotify app to our highly mobile users on Apple Watch. With this new app, users can enjoy an improved experience with better control and the ability to seamlessly connect to your speakers or devices. And while we continue to innovate, we have many exciting things coming up —including the ability to listen to your music and podcasts offline.

More activities—more control Smartwatches let us access the world with a flick of our wrists. Ready to start your run? Hit play from your Apple Watch without having to wrangle your phone out of its running case. Running into a friend as you head into the grocery store? Tap pause to grab a cart and a chat. Not feeling a slow song during your birthday party? Skipping to the track that matches your mood and activity is now as easy as checking your notifications. Or, while listening to your favorite podcast, easily rewind 15 seconds to catch that detail you missed. It’s all right there on the watch face. Speaking of parties, easily connect your speakers or devices via Spotify Connect to effortlessly DJ from your watch.

Easier access—easier discovery The new integration with Apple Watch makes accessing your recently played songs simple, even with your phone in your pocket. Plus, if you find a new favorite track while on the go, just tap the ♡ icon on your watch screen to save it to your collection—and then feel free to stream it over and over again. This new experience will be rolling out to Apple Watch users over the coming week. Make sure that you have the latest version (v.8.4.79) of Spotify, or download it on the App Store—and look out for more updates coming soon.