The teaser that was released today doesn’t actually show us anything from the new season but instead comprises a montage of some of the biggest, baddest moments from past Game of Thrones episodes. 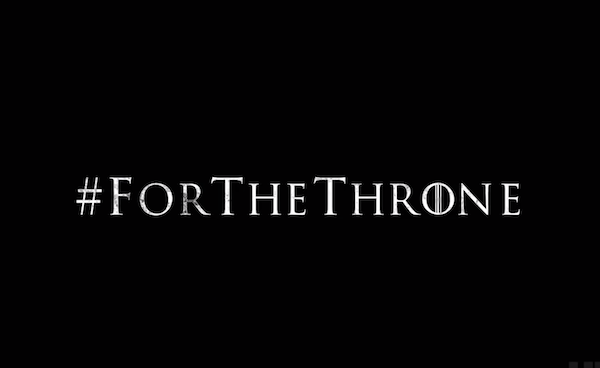 The new teaser is part of a larger campaign under the #ForTheThrone tag – a campaign that will be further unveiled as the months roll be and we get nearer to the big season kick-off.

The confirmation of the final season’s arrival comes after the disappointment that it would not be this year, something that was initially hinted at by stars Sophie Turner and Liam Cunningham, with HBO later confirming that we will have to wait until next year for the conclusion of one of the biggest stories on TV.

With the final Game of Thrones consisting of just six episodes rather than the normal ten it’s likely that those episodes will be longer than the norm, something Cunningham has also suggested, saying “[The episodes are] definitely going to be bigger and what I hear is longer.

We’re filming right up until the summer. When you think about it, up until last season we’d have six months to do ten episodes, so we’re [doing] way more than that for six episodes. So that obviously will translate into longer episodes.”