We know that Apple worked for a good long while before it had the original iPhone ready to go on sale in 2007, but we haven’t seen the kits that were used for that initial development before.

That has just changed, with The Verge getting its hands on an engineering validation test sample from 2006/2007. 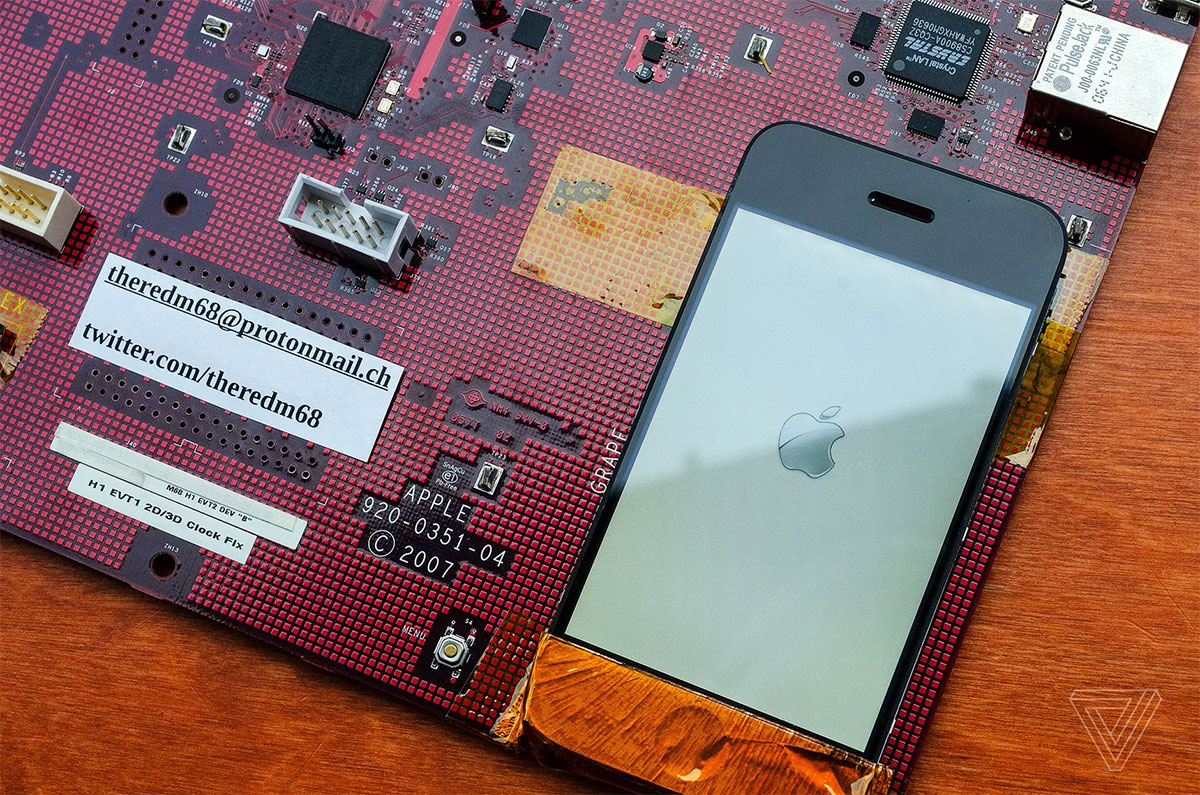 To look at, this thing looks more like a PC motherboard than any iPhone we’d recognize today, but looks aside it certainly did the trick. All of the iPhone’s components were laid out just so, with connectors also included for attaching test equipment as the developers needed. There’s a screen on this version too, although not all versions of this kit would apparently have one of those.

Apple was focused on surprising everyone with the iPhone, and that meant that many of the engineers working on the original handset didn’t even know what it would eventually look like.

To achieve that level of secrecy, Apple created special prototype development boards that contained nearly all of the iPhone’s parts, spread out across a large circuit board. The Verge has obtained exclusive access to the original iPhone M68 prototype board from 2006 / 2007, thanks to Red M Sixty, a source that asked to remain anonymous. It’s the first time this board has been pictured publicly, and it provides a rare historical look at an important part of computing history, showing how Apple developed the original iPhone. 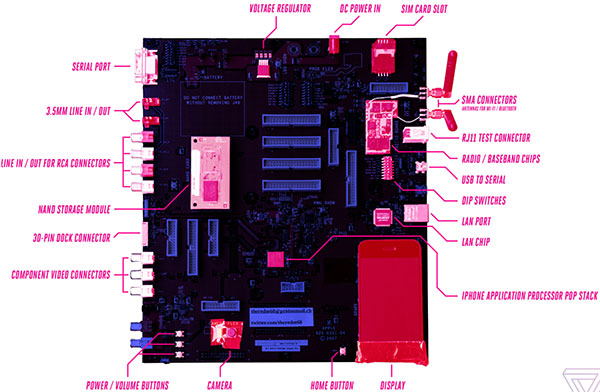 Prototype versions of Apple hardware aren’t new, and neither is that distinctive red PCB that we’ve become familiar with over the years. This look into how the original iPhone came about is different though, with a great glimpse into what went into starting a whole new generation of smart devices.

Interestingly, while Apple’s notebooks don’t have LAN ports anymore, this iPhone test device had one of its very own.

There’s a serial connector at the top that was used to test iPod accessories since the iPhone also used Apple’s 30-pin connector, and there’s even a LAN port for connectivity. Two Mini USB connectors flank the side of the board, which were used by engineers to access the main iPhone application processor and radio (baseband). Apple engineers could use these Mini USB ports to code for the device without ever seeing the screen […]

How cool is that?