With its thick veil of secrecy and unique approach to every product it creates, the fascination surrounding Apple is unmatched in the consumer electronics industry, and whether it’s the latest iPhone or the memoirs of the late Steve Jobs, a large amount of interest always encircles the Cupertino company.

It’s not just the products that render the fruit company unique, either. Its iconic stores boast patented, quirky designs, and the customer experience – right down to the Genius Bars – is one you simply will not find from any other retailer. Indeed it’s clear, those employed by Apple are trained well to behave and present themselves a certain way, and thanks to a user called "m" on Instagram, we can gain a small, interesting insight into just how the importance of hard work is drummed into every single person working for Apple. 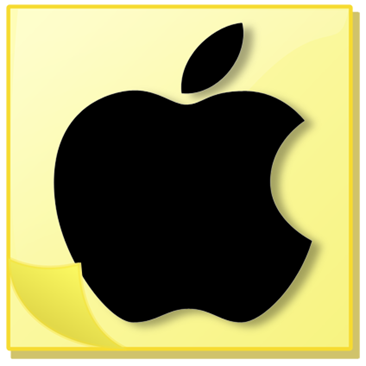 Brought to our attention via TheNextWeb, he inspirational note is full of encouragement – a philosophical take on hard work and the benefits one can achieve as a result. It begins with the line: "There’s work and there’s your life’s work," and talks about work "you’d never compromise on" and even "sacrifice a weekend for," before concluding that that kind of work can be done at Apple. But of course.. 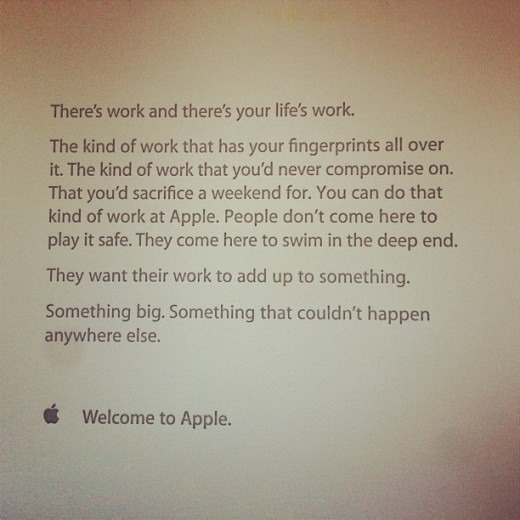 Although naturally, we don’t all necessarily subscribe to the notion that people join Apple to "swim in the deep end," as fans of the company and its products, working for Apple would certainly be a more enticing vocation than a similar role at a different company.

It figures that a leaker of something, Apple would operate somewhat covertly under the letter "m", and he certainly feels moved by the carefully arranged words of his employer. So much so, in fact, that the note has been taped firmly to his dresser for the past two years, infiltrating his brain as he prepares for another day working for Tim Cook’s company.

Whether it’s brainwashing or pure inspiration (or somewhere in between the two extremities), we’ll leave up to you to judge for yourselves. One thing is certain, though, it’s an approach you don’t see too often, and I cannot think of another company which uses such a tactic to draw the very best from new employees.