Apple is not renowned for lowering prices of its products – no matter how many times consumers cry out for MacBooks and iPads to suit the more economical budget. But in order to ramp up pressure on the flagging ultrabook market, the company could release a slightly cheaper MacBook Air in a couple of months’ time.

Rumor has it that the new MacBook Air will arrive in Q3 of this year for the very reasonable price of $799. The Air has progressed fantastically during the past three years, and its position as a game-changing device has been affirmed by the number of slim Windows notebooks – or ultrabooks, as they are known – that have surfaced as a result of its success. Before the device was first introduced, any thin and light portable computer scrimped on features, but the Air offers a smooth and powerful experience – despite boasting a form factor no thicker than 50 sheets of paper. 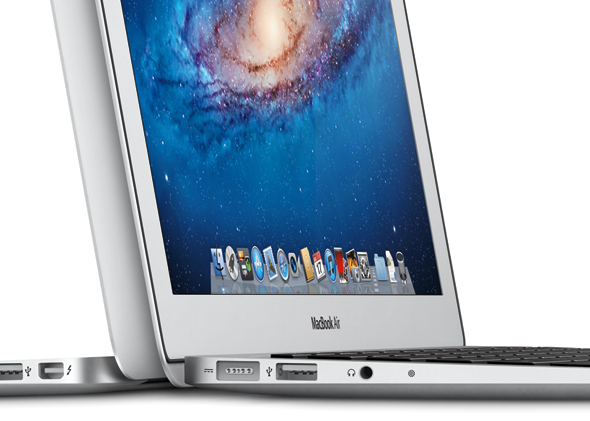 The murmurs come to us from those oh-so clichéd "sources from within", and as per usual, they are unspecified. Nonetheless, the story is reasonably believable, and  apparently, Apple could release the cheaper device to deal with Intel’s push in kick-starting the ultrabook sales, which have been sluggish to date. The chip maker’s projection of 20-30 million ultrabooks sales this year has no hope of being reached at present, but an Apple MacBook Air priced at $799 would help to put pressure on Windows ultrabook makers.

At the present time, ultrabook prices are simply too high in my opinion. One of the primary reasons users opt for Windows notebooks is that they can be picked up for half the price, so when I go to the shops and see an Acer ultrabook costing almost the same as a MacBook air, it simply tempts me toward the MacBook range – and I am an out-and-out Windows user. ultrabook makers have sought ways to sharpen pricing, such as re-introducing spinning hard drives or hybrid drives and opting for cheaper cases. But they’re finding themselves caught between a rock and a hard place at this point, since the cheaper materials compromise on the quality – again shooing consumers towards the MacBook.

The next generation of ultrabooks will soon hit shelves as Intel makes a production push of its Ivy Bridge-era chips.