As stated on numerous occasions, the number of image-based apps post-Instagram has grown at an incredible rate, and although many boast a plethora of great features, minimalism is oft overlooked, yet can yield some beautiful, elegant results.

VSCO Cam is a new App Store entry by Visual Supply – a team strictly following a strict “less is more” motif, and its visions and goals are presented with aplomb in this marvelous demonstration of a well-polished digital film emulation app. 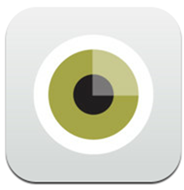 It offers a vast range of useful features and effects – all of which enhance your photo while also maintaining its features. It has a nice, clean, two-tone UI which manages to avoid looking drab and monotonous, and the functionality is just as smooth.

It’s simple to navigate, so unlike similar apps, it’s none-too difficult to master, and once you’ve loaded and added the desired visual effects to your image, you can easily share them via the major social media sites.

Similarly to 645 PRO, which we featured a couple of weeks back, VSCO is part of a new breed of apps purporting to offer a more serious and professional take on the instant editing culture initiated by the likes of Instagram.

Fairly soon, you’ll be able to upload them to your own “VSCO Site”, which we can only presume will be Visual Supply’s own attempt to grab a bite off the Instagram pie.

As you can imagine, the developer recommends using the iPhone 4 or iPhone 4S for the best results – with the 8-megapixel snapper of the latter being the optimal choice. That said, it doesn’t do a bad job on the iPhone 3GS, 4G iPod touch, or the iPad.

It costs a cent shy of a buck over at the App Store, and is certainly worth the investment. If you’re a fan of minimalism, clean and to-the-point apps, you’ll be in your element with VSCO Cam, and if it does evolve into its own network, the fact it edits uncompressed JPEGs could prove to be a big hit with the more professionally-inclined consumer.