Apple HDTV Exists, Looks Like A Cinema Display, Comes With Siri And FaceTime, According To Source

So then, that Apple TV’s pretty cool right? Right, but you know what’s really cool? An imaginary television that may or may not be in the works from a company that refuses to pursue the home entertainment line of products that it already makes.

Now before I get all worked up and forget to explain what I’m rambling about, here’s an update on the Apple Television. 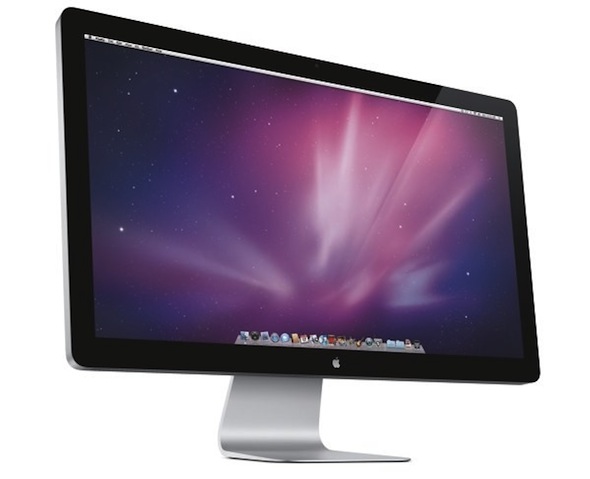 Today, Cult Of Mac’s Leander Kahney posted news that an anonymous source has been in touch with the hugely popular Mac blog, claiming to have laid eyes on the fabled Apple Television. This is, for those that have been living in a cave alongside Elvis and JFK, is the Apple-made television that has been rumored for what must surely be a million years by now. The thing just won’t die, despite the original rumor having been recreated, edited and generally played around with ever since Jason Calacanis started the rumor years ago. So far, at least, everyone has been wrong.

According to Mr. Source, the Apple TV is basically an over-sized Cinema Display with an Apple TV built right into the chassis. That makes a modicum of sense, and is basically the same rumor that has been in and out of headlines for as long as we can remember. Just for added spice, the Apple Television is now, apparently, going to come packed with the power of Siri. That’s the digital assistant that lives in our iPhone 4S smartphones and that none of us use. You know, that Siri. 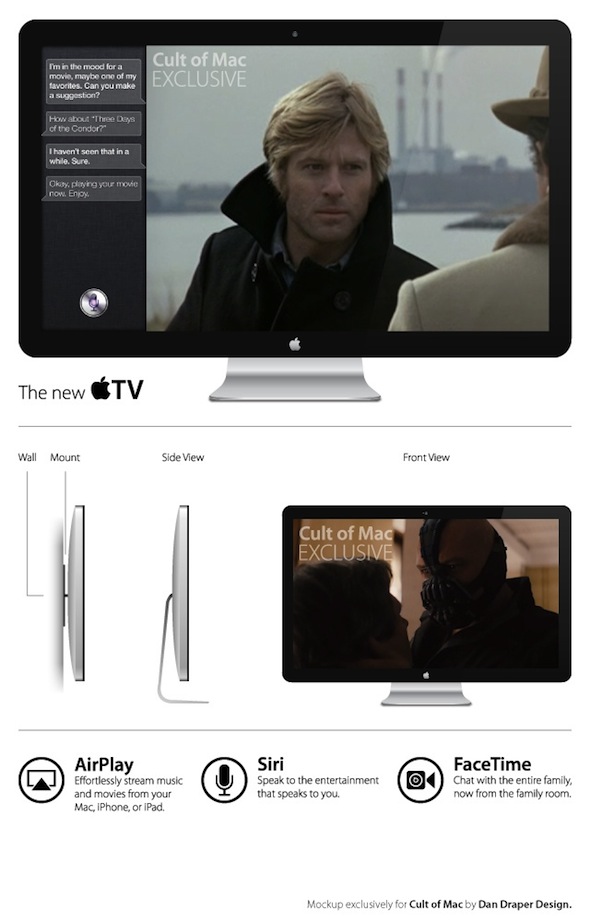 Oh, and it’s got a FaceTime camera. Because we’re all FaceTiming each other, obviously.

But wait, we’ve got a source that’s seen it, so it’s got to be true!

Beyond the obvious news of this thing being bigger than a 27-inch Cinema Display, and it coming with Siri in order to revolutionize the way we watch TV, there’s no real news here. That is, other than the fact that someone who has seen the thing is willing to speak up about it.

So long as they aren’t named, of course.

At the risk of getting into the whole argument about un-named sources, and not to suggest Cult of Mac nor Leander are making anything up, this ‘source’ isn’t really telling us much that a cursory Google wouldn’t kick up. I presume that someone somewhere has faith in this ‘source,’ but until they tell me something that nobody knows about something that it is debatable as to whether it even exists, you’ll have to forgive me for not throwing up the banners and kicking off the parade.

Of course, if you’ve not got a name, and may or may not have had your hands on an imaginary iPhone 5, then you know where to find me!