This App For iOS Brings Back The Magic Of Original Polaroid Camera To The iPhone – Download Now!

When you consider how insanely popular photography apps are on the iPhone and iPod touch, it kind of makes you wonder why more of the well-known camera companies haven’t taken the plunge and called in the developers to produce an app that lets users indulge in photography goodness whilst promoting their own brand at the same time. 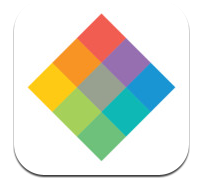 Without a doubt, the most preferred and the most sought-after photo sharing mobile app is Instagram, at this point in time at least, but for those who don’t wish to be mainstream or have just jumped ship after the Facebook acquisition then maybe the Polamatic app from Polaroid is what you have been looking for. Polamatic attempts to pull on the nostalgia heart strings by recreating the magic of the legendary Polaroid Instant Camera, this time through a software implementation.

The app allows users to either take a new photograph or import one from the device’s Camera Roll before applying one of twelve filters followed by choosing from one of the twelve built-in Polaroid frames. After the aesthetics of the photograph have been customized, users can finally add a small caption to the bottom of the created Polaroid image before sharing it with the engaged app network.

One of the nice things about the Polamatic app is that the Polaroid frames used are not soulless computer generated renders, but rather actual real-world frames that have been scanned in and used within the app, bringing that iconic look in fusion of old and new. when installed, the basic version of Polamatic comes with twelve filters and twelve different frames to choose from, but does have the option of an in-app purchase to unlock the Vintage Polaroid pack, the Chroma Polaroid pack and a photo effect pack that brings a total of thirty four additional features.

There’s no denying that the Polaroid name is one of the most well-known and legendary in the photographic world and played a vital role in shaping modern photography. Polamatic is available to download from the App Store at a cost of $0.99 and definitely improves upon the company’s previous app attempts.