Modding the Xbox 360 firmware has been around for quite some time now which enables you to download images of games from different sources, burn them onto a DVD and run them on your console. Of course this is useful if you want to backup your discs but this is something Microsoft doesn’t want you to do for obvious reasons. The all new Xbox 360 Slim (or S) which was released in June 2010 at E3 had a new protection installed on the drive which made all the previous mods useless. But if this video is to be believed, hackers have managed to hack Xbox 360 S / Slim to run writable discs. Video after the break. 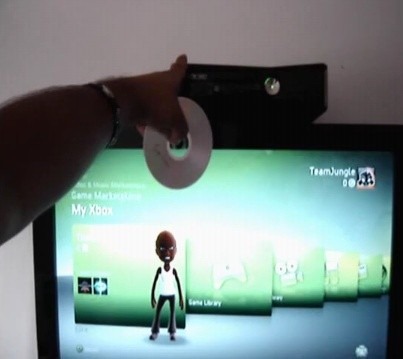 The team which has pulled off this feat call themselves Team Xecuter and with a little collaboration from Team Jungle and commodore4eva. They claim to have hacked the DVD drive of the new Xbox 360 to play writable discs as seen in the video below. According to the team, it will be released soon.

Keep one thing in mind though, Microsoft doesn’t allow running writable disc content on Xbox 360 because of piracy, and we wouldn’t recommend it either. Even though new DRM regulations may allow you to create backup discs (for educational purposes), but that is ONLY and ONLY for your private use. So be careful with what you are doing. [via Engadget]