How to Get CineXPlayer for iPad on Your iPhone and iPod touch Right Now! , to Play Xvid AVI Videos

Cant wait for the official version? and want to get CineXPlayer for iPad on your iPhone and iPod touch right now? For those of you who don’t know, CineXPlayer is an iPad only app which allows you to load Xvid AVI files via iTunes so that you can easily play the format which Apple doesn’t allow. Since the developer hasn’t come up with an iPhone version of the app, a hacker decided to do it all by himself. You can check out the video after the break. 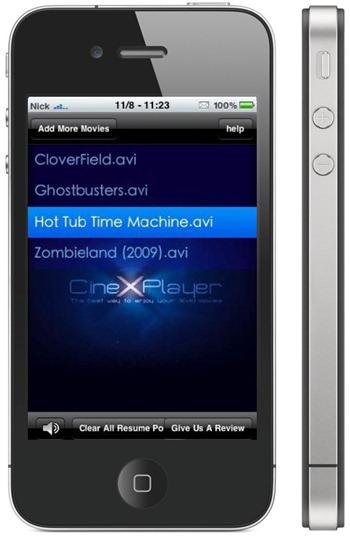 Full step by step tutorial on how to get it on your iPhone or iPod touch can be found here. You will have to jailbreak your iPhone and iPod touch, as the process involves SSH’ing into your iPhone, but worth it if you want it right away! Here is the video, showing CineXPlayer running on iPhone/iPod touch.

Thanks to Casandra for sending this in.