As anyone with kids will know, they are more than capable of spending money. If there is one thing that kids do very, very well it is spend their parents’ money, but Greenlight is a special kind of debit card that allows parents to set spending limits as well as allow or block specific stores or types of stores from accepting their kids’ card.

It’s parental control for money, and it’s absolutely brilliant. It is even more brilliant today than it was yesterday, with Greenlight announcing that its debit cards now also support Apple Pay. Greenlight cards can now also be used outside the United States for the first time. 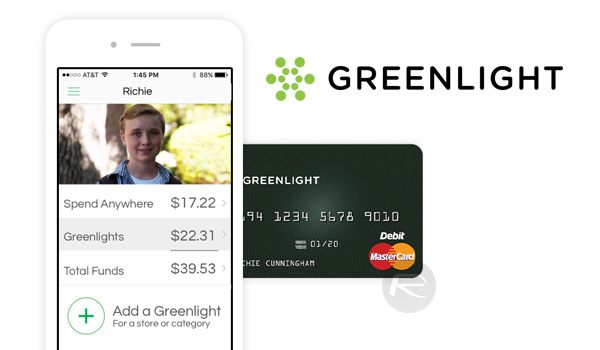 Kicking things off with the added Apple Pay support, Greenlight card holders can now use their iPhone to pay for goods, although they will continue to have the transaction declined if the purchase does not meet the criteria specified by the parent(s) who are in control of the account.

With Greenlight®, the money you give your child is divided into two categories: money they can Spend Anywhere, and money they can spend ONLY at a store (or a kind of store) you’ve approved in advance. We call these permission-based spending opportunities “a greenlight.”

While Greenlight has, until now, been a United States-only affair, alongside Apple Pay support, the company also announced that it will allow kids to make purchases internationally, with 120 countries now accepting Greenlight cards as a means of payment. 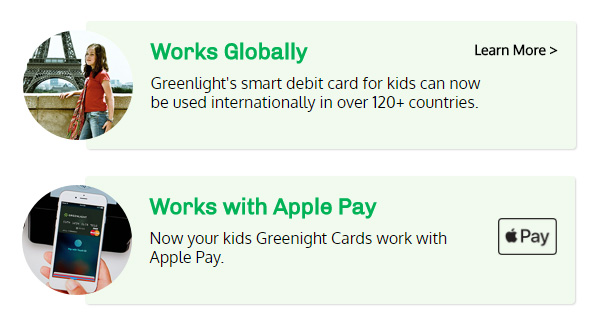 Greenlight smart debit cards can be tried for free as part of a trial, with a service fee of $4.99 per month for the primary account holder, and we think that may well be the best money you spend each month if you are responsible for a child who needs to be able to buy things but doesn’t necessarily need to be able to spend a lot, or only needs to do it at certain places.