Alpine’s iLX-107, the first aftermarket wireless Apple CarPlay receiver, announced back at CES 2017, is officially here and available to order for those who like to have optimized access to their iOS devices while driving.

Apple’s CarPlay, a technology that allows in-car entertainment systems to leverage iPhones for media and apps has been slow to really gain adoption, and that is even more true when you look at the wireless CarPlay capability that was added as part of iOS 8.3. 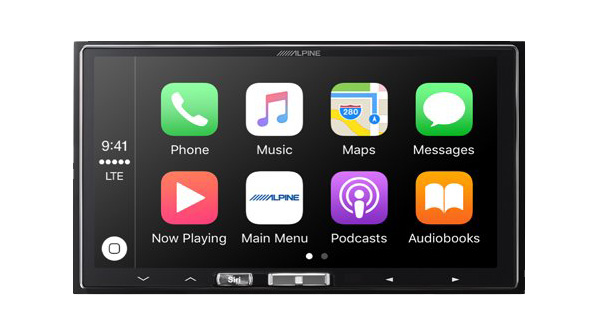 So far, only BMW has adopted the wireless version of CarPlay for new cars, and now Alpine’s iLX-107 is the first aftermarket offering that can be installed in any car, bringing wireless CarPlay with it. Previous aftermarket options, like the vast majority of solutions offered by car makers, required that an iPhone be connected to an in-car entertainment system via a trusty old Lightning cable.

This works well, but as we all know, cables are old news. Wireless CarPlay allows the same functionality to be delivered over a combination of WiFi and Bluetooth. That’s what this Alpine offering takes advantage of, and it means media, apps and even a device’s battery status can be transmitted without the need for that pesky cable.

Alpine iLX-107 features a 7-inch capacitive touch display and can also be used in conjunction with reversing cameras for those who simply can’t use their car’s mirrors. None of this comes cheap though, with the iLX-107 retailing for a mind-boggling $900, with the system available for order from Alpine’s official stockists. There are no direct sales available from Alpine itself as yet, though that will surely change in due course. 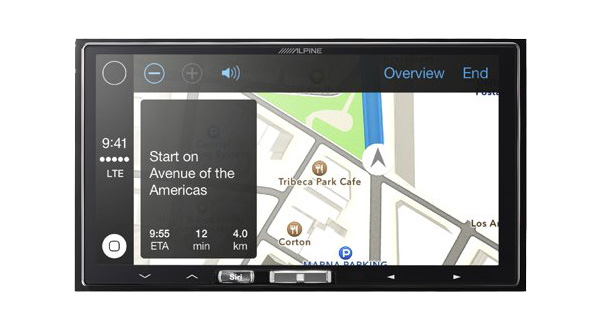 Having an iOS device handle in-car entertainment is something that opens up all kinds of possibilities beyond simply being able to play music. With built-in maps capabilities and hands-free calling, CarPlay makes driving safer and more enjoyable, and both of those are always very good things indeed.