Here’s a list of new CarPlay and Android Auto aftermarket systems that have been announced this week at CES 2017 in Las Vegas.

CES 2017 has given us a great insight into some of the technology that is to come during the year. The latest unveilings come in the form of a host of new aftermarket in-dash entertainment systems that will natively support Apple’s CarPlay and Google’s Android Auto platforms, and are being offered by a heap of well-known, and well-respect manufactures, such as Alpine, JVC, KENWOOD and more. 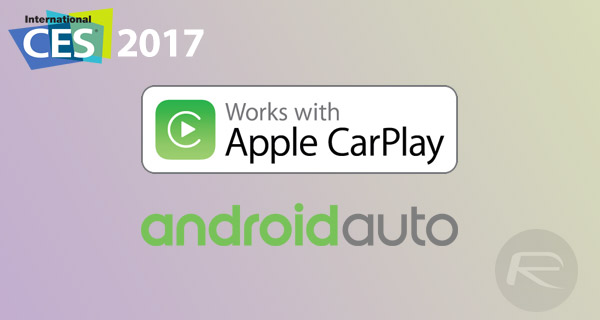 With a heap of huge automobile manufacturers adopting Apple’s CarPlay and Google’s Android Auto initiative, the two platforms are set to be huge this year by being offered natively in a growing range of vehicles across the globe.

However, equally as popular will be the aftermarket devices which are designed to be retrofitted to older, or even new vehicles that don’t come with CarPlay or Android Auto as standard. The likes of JVC, KENWOOD, Clarion, Pioneer, and Alpine have recognized this, and as such have used CES 2017 to put their latest CarPlay and Android Auto devices on show.

KENWOOD is showing off the DMX7740S, which is compatible with both CarPlay and Android Auto, and will ship with a decent-sized display panel, which is unfortunately of resistive variety rather than capacitive. Internally, the DMX7740S will have a SiriusXM satellite radio, built-in and integrated Bluetooth, as well as a 13-band equalizer. It also ships with support and compatibility with the KENWOOD Remote iPhone app as well as linking to the company’s existing DRV-N520 Dashboard Camera.

The KENWOOD DMX7740S will start shipping next month, priced at $500. 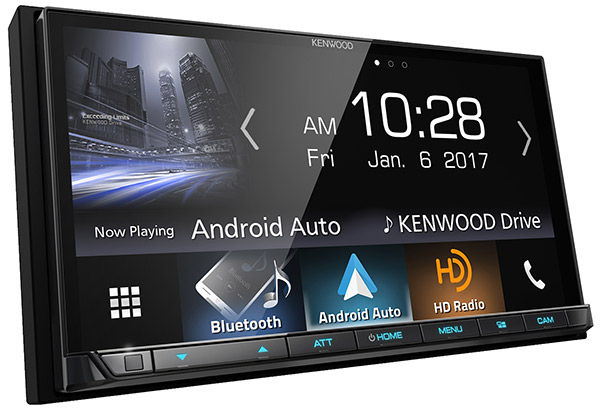 Similar to KENWOOD, JVC has been showing off the KW-M730BT in-dash unit with a gorgeous 6.8-inch resistive display, and also packing in a SiriusXM satellite radio, along with support for rear-view camera systems. In addition to CarPlay support there is also Android Auto option, built-in Bluetooth, as well as a virtual viewing adjustment feature that offsets angled installations by using a dedicated algorithm to change the viewing angle so it appears straight to the driver. Like the KENWOOD offering, JVC’s KW-M730BT will also ship next month for $500. 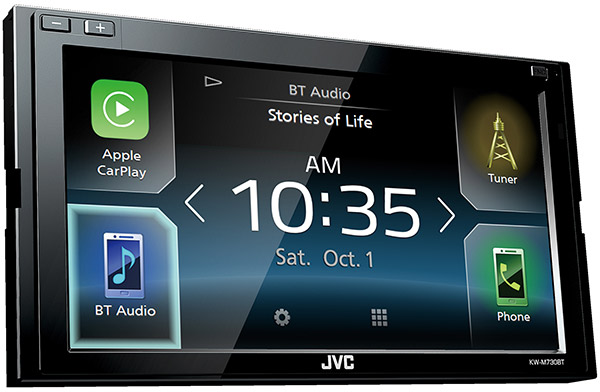 Consumers will be expected to pay a little more for the Alpine hardware on display – around the $900 mark – but they will get a lot more bang for their buck with this high-end product. The iLX-107 will offer a 7-inch WVGA capacitive touchscreen with LED backlighting. It’s also one of the first units that truly embraces wireless CarPlay support, which is fantastic news for users as they no longer need to tether their devices to the vehicle to actually interact with the dash.

Unfortunately though, Alpine iLX-107 won’t support Android Auto and will only work with Apple’s CarPlay.

Clarion has also jumped in with its NX807 unit packing support for both CarPlay and Android Auto and sporting a 7-inch WVGA touchscreen. The unit features tilt control and perhaps, more importantly two fantastic features; “Optical digital output for system upgrades – enables plug-and-play integration with Clarion’s Full Digital Sound processor” and “2-Zone Entertainment – allows rear seat passengers to enjoy one separate source than the front seat passengers”. The NX807 is expected to go on sale in the first quarter of 2017, but no pricing has been mentioned. 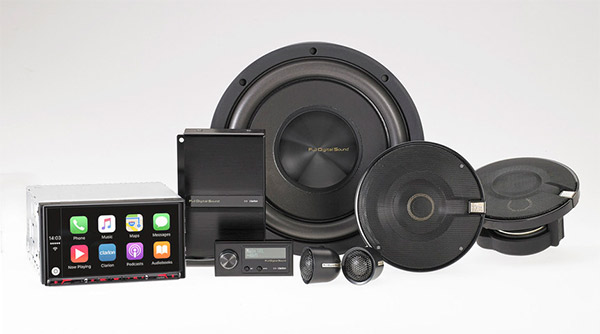 Pioneer has also announced new bundles for its CarPlay and Android Auto supported NEX series. As of now, users will be able to grab the following NEX units along with bundled ND-BC8 universal back-up camera: 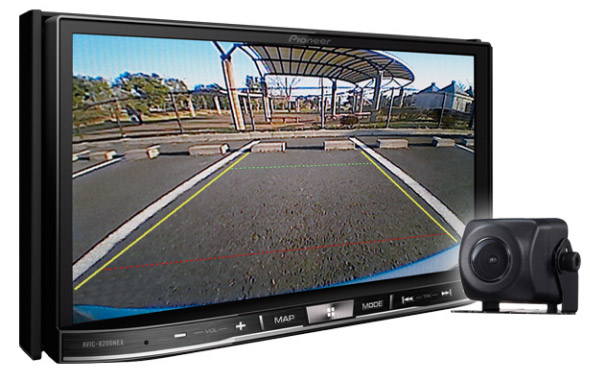