Infographics are a great way to put things into perspective – particularly in the ever-evolving technology world, where it’s often quite easy to overlook just how far we’ve come in the last 30 years.

Apple has undoubtedly been an important component in the technological advances of today, which sees the majority of human beings almost completely dependent on some form of gadget – be it a smartphone, tablet or computer. 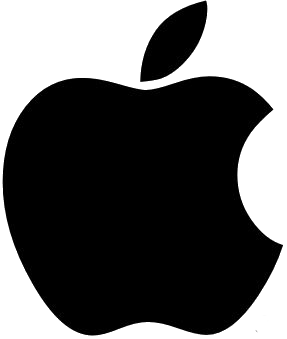 Pop Chart Lab has used the infographic format to pay homage to the fruit company in the form of a poster, which would make the perfect Christmas gift for any die-hard Apple fanboy. It documents every product created by the company from its inception in 1983 to the iPhone 4S, which launched last month. 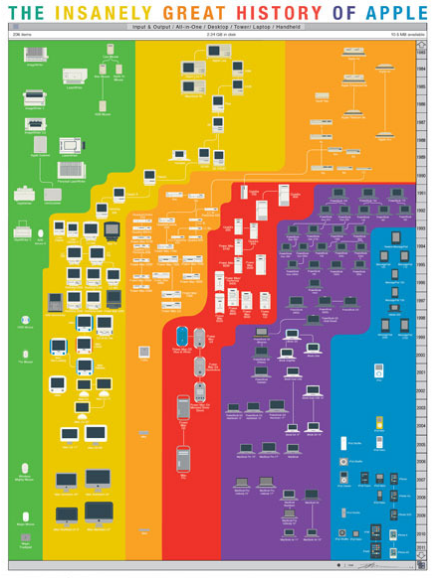 Founded by Steve Jobs and Steve Wozniak back in ’83, its initial market was computing with the iconic Macintosh. It wasn’t until the iPod, though, that the Cupertino-based company became one of the largest companies the world has ever seen.

Steve Jobs was a visionary – he pictured a product and made it happen, and although MP3 players had been around for quite a few years before the 2001 launch of the 1st-gen iPod, the world had not seen a portable music device reinvent the entire market in such a way since the day of the Sony Walkman.

Zoom forward a couple of years still, and we have the iPhone, which once again changed the approach to smartphone devices, and although competitors will surely disagree, most of the market’s post-2007 smartphones now bear striking similarities to the Apple design.

iPad brought tablet devices to the forefront, and is far and away the most popular choice amongst consumers – despite the hefty price tag.

The poster, for 20 bucks, provides an informative, interesting spread for those that love Apple and have a patch of wall space that needs attending to. With only 500 made, it’s in very limited supply, so why not head over to the site and order this collector’s item while it’s still in supply?

One has to wonder, with the untimely death of Jobs to pancreatic cancer just last month, what the next 30 years holds for Apple. It certainly hasn’t been a one-man show hitherto, but Jobs’ influence in most of the company’s pivotal products cannot be ignored. The immediate future – with the iPad 3 and iPhone 5 apparently well underway, along with the reported connected TV ventures – looks promising. But in 5, 10, 15 years’ time, will Apple be able to keep the momentum?