With the Symbian OS having been swiftly eclipsed in the battle of the mobile operating systems, Finnish outfit Nokia is trying to reinvent itself via Microsoft’s Windows Phone interface. 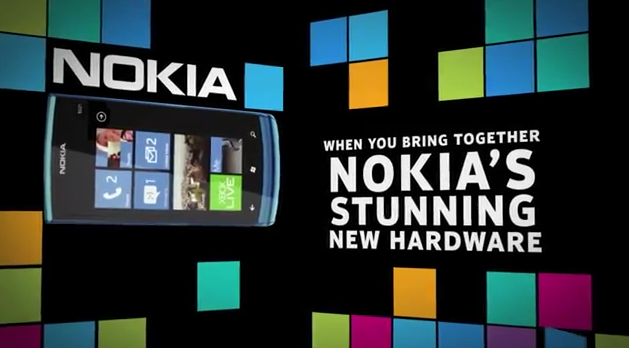 At the turn of the millennium, when mobile phones were becoming truly portable, Nokia was the far and away dominator, accounting for the vast majority of the market. Since then, though, its very much lost its way – a firm reminder to others of what happens when innovation stagnates.

The upcoming Lumia 900, the latest in the series of Windows-based Nokia devices, pairs smart design with the acclaimed Metro paneling.

A Dev-only promo video, which was accidentally leaked to the company’s YouTube page, gives us an insight as of what to expect with the Lumia 900 – if only visual. The sleek design appears thinner than the Lumia 800, although unfortunately, not much else can be ascertained from the video in terms of details. If the rumor mill is churning out anything of significance, the device, (codenamed Nokia Ace) will have a 4.3 inch touch-screen – a significant upgrade on the 3.7 inch display of the Lumia 800.

Precious little else is known of the Lumia 900, but unfortunately, the general consensus is that it will follow an almost identical tech spec to that of its predecessor; so a 1.4 GHz processor, 512MB RAM, 16GB flash memory and an 8 mega-pixel camera with the usual Carl Zeiss optics. Check out the leaked video below:

As you can see, the advert is really pushing app makers to develop apps for the Windows devices. After all, decent apps on the platform are in short supply when compared with its Android and iOS counterparts, each bosting hundreds of thousands each. Theoretically, the fate of the Lumia series and Windows Phone in general is down to the devs, for without a broader catalogue of apps, it will eventually be shaded out by the Apple and Google-made platforms.

Nokia’s market share is somewhat negligible just now, with Apple’s iPhone and the vast array of Android handsets accounting for the majority of smartphone sales. Nokia has always built quality, feature-rich handsets though, and Windows becoming more and more favorable amongst consumers on all platforms in the run up to Windows 8, there could still be life in the Nokia-WP collaboration yet.