Google may be the author of the Android platform, but despite its ubiquitous software being a leader in the mobile industry, the Big G is still heavily invested in rival Apple’s iOS. A number of apps, including Gmail and GApps, already grace the iTunes Store, and today, the search giant has just rolled out a new News & Weather app for those rocking an iPhone, iPad and iPod touch. Details, screenshots, and that all-important download link can be found right after the leap!

Officially named ‘Google News & Weather’, the app will present you with the day’s top stories and weather forecasts based on your location, and allows you to readily add or remove certain feeds should you wish to tailor the experience to your precise tastes. 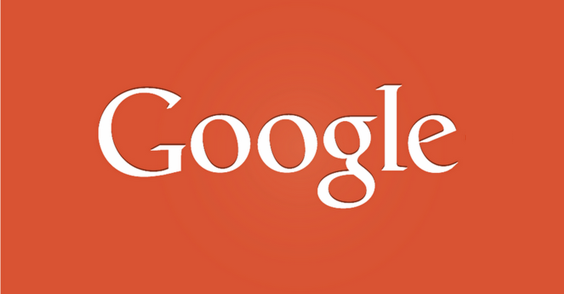 Apple’s stock weather app is certainly a high caliber offering, so it’s quite a statement for Google to make with the new release, but like so many apps to have established a following on Android first and foremost, the Chromecast maker has decided that those on iOS should also reap the benefits of its two-in-one app. 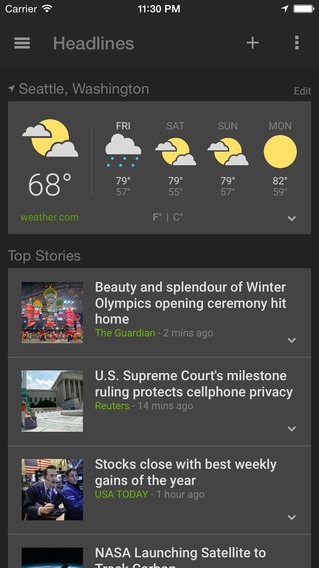 A short while ago, Google updated the Gmail app for iOS, which added support for the iPhone 6 and iPhone 6 Plus, along with Chrome, and owners of the latest Apple gadgets will be pleased to know that Google News & Weather is optimized for the larger displays of these two new smartphones right off the bat.

Whereas, only a couple of years ago, new feed and RSS-based apps were abundant, the emergence of Twitter et al has essentially replaced the long-standing format, and besides the wondrously-presented Flipboard, which turns the happenings of the world into a beautiful magazine, other newsy apps are becoming an increasingly hard sell.

Still, if Google’s name’s on something, folk are bound to check it out, and if you want to take a peek at Google News & Weather version 1.0, which, by the way, is free of charge, then the direct link is provided below. 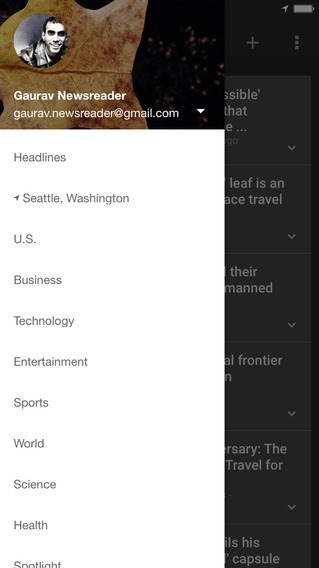 (Download: Google News & Weather for iOS on the App Store | via: 9to5Mac)