Google Music Now Available To All – With Music Store, Social Integration, And More!

Google has announced the official release of their Google Music platform for Android devices. No longer in beta form, Google Music was announced at “These Go To Eleven”, an Android event, in Los Angeles earlier today.  As of yet, the service is only available in the U.S. for now. 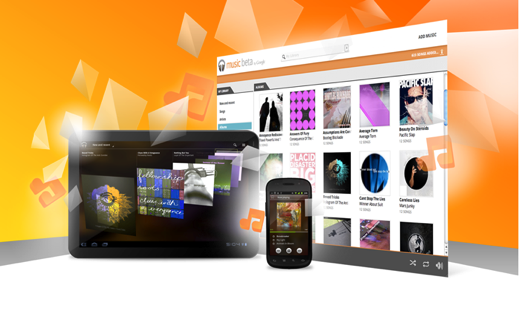 I downloaded Google Music when it was still in beta form. It took a few weeks to receive the invitation, but anyone can access the service now. According to Google, over 1 million users signed up for Google Music Beta and streamed their uploaded music an average of 2.5 hours per day.

The service is free, allowing you to upload up to 20,000 songs. Along with the streaming service, a Google Music Store is available in the Android Market. You may listen to 90 seconds of each track before purchasing and will be available in the Google cloud once the purchase is complete. Songs can then be downloaded to your Android devices, including phones and tablets, for offline use. Apple device users are also able to access a web version of the music player.

Songs are priced at 69¢, 99¢ and newer or classic tracks at $1.29. Many songs, like the first single from Busta Rhymes, will also be offered free of charge. Google has secured deals with Sony, Universal and EMI. Unfortunately, Warner Music tracks will not be available as of yet. On a brighter note, many independent labels are also included in the deal.

Artist Hub was introduced as a means for independent artist to distribute their tracks. A $25 fee is charged for artists to create their own pages and they get to keep 70% of all revenue.

With this announcement Google places themselves in direct competition with the current leaders of music sales, iTunes (with iTunes Match), Microsoft’s Zune, and Amazon. iTunes and Amazon both have cloud versions of music streaming services.

There is good news for T-Mobile customers as well. Google announced their new music service would be available on many handsets with the option to pay for new tracks and albums directly on your monthly cell phone bill. As a bonus, some Google Music tracks will be exclusive to T-Mobile.

Google Music will also be integrated deep into the Google+ social network. Song purchased may be shared with friends or circles and will allow the shared songs to be previewed in their entirety, as opposed to the usual initial 90 seconds.

You can access Google Music Store now by searching for it in the Android Market. Also be sure to check out the first of six, soon to be available live concerts from the Rolling Stones.