Google as expected, has announced its much awaited Operating system, Google Chrome OS. Google Chrome OS represents Google’s view point of what an OS should be like in this era. Originally announced back in July of this year, Google wanted to target its open source OS initially for netbooks users to provide them fast experience using reduced boot and startup time. Speed, security and simplicity will be the main aspects of Chrome OS. 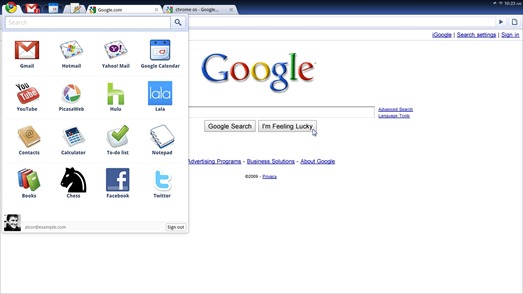 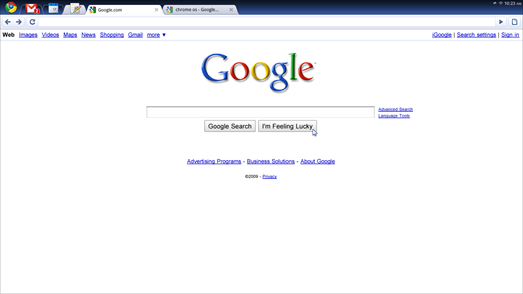 more screenshots from Google Chrome OS can be found here.

Here is video demo of Google Chrome OS from the conference today:

Consumers won’t be able to download and install Chrome OS on just about any system they like. It will be available next year only through OEMs channel and on the hardware that meets Google’s specifications.

Google, though has release the source code for Chrome OS and it can now be downloaded through the link given below.

UPDATE 1: Google Chrome OS VMware Image is out now! and can be downloaded from here.