Its only been a few hours since Google spilled the beans on their upcoming Chrome OS, and now we already have a fully working VMware image of Chrome OS ready for download. All you need is a system running Windows, Linux or OS X with VMware installed and you are good to go. For those of you who don’t know, Google in an event yesterday, demonstrated the lightweight and open source operating system called Chrome OS for the first time. 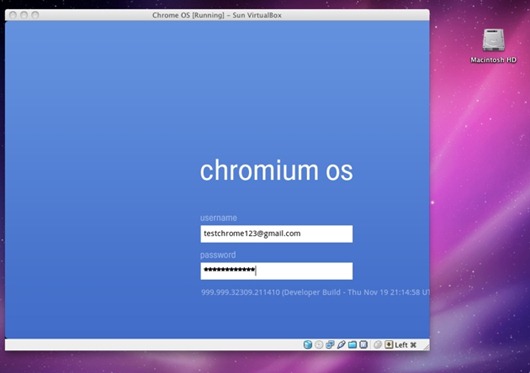 Chrome OS is designed for netbook PCs and runs on top of a Linux kernel. Consumers won’t be able to download and install Chrome OS on just about any system they like. It will be available next year only through OEMs channel and on the hardware that meets Google’s specifications. But since the source code is available for free download, anyone can go ahead and compile the code now to test out the cloud-based OS before its availability in late 2010.