Google has today announced the first-ever Pixel Watch, a wearable that borrows some of the technology from Fitbit and puts it behind a paywall.

But there might be enough here even for those who don’t want to spend the extra money.

The new Pixel Watch, which was originally previewed at Google I/O in May, will feature a 41mm circular design with a 12.3mm thick case. The always-on display doesn’t go all the way to the edges of the case either, leaving what is definitely a larger bezel than we might have liked. Still, darker watch faces will presumably make that bezel appear smaller than it really is.

As for the case itself, it’s made from recycled stainless steel and will come in three colors; matte black, polished silver, and polished gold. It’s all rather curvy and looks very different to an Apple Watch, for example.

In terms of sensors, the usual blood oxygen and ECG functionality is present and correct, while Google says that the heart rate tracking is super accurate and is based on Fitbit tech. Speaking of Fitbit, there are some features that require Fitbit Premium, with Google saying people will “get deeper insights and access to features like Daily Readiness Score so you know when to go all-out in your workout or prioritize rest.” Buyers of the watch will also benefit from “more than 1,000 workouts and 400 mindfulness sessions,” too. 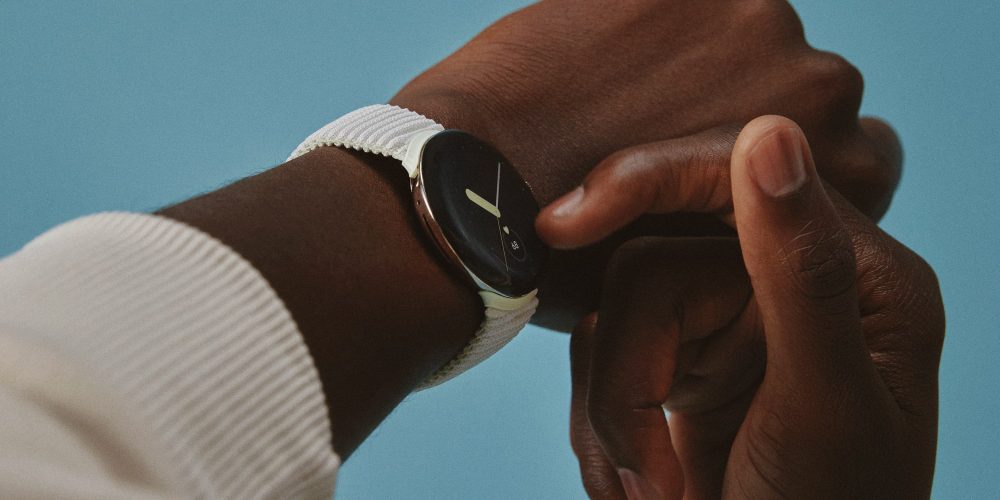 The new Pixel Watch starts from $349 for the WiFi model, while an LTE version will cost $399 although you’ll also need a cellular plan. You can pre-order the Pizel Watch starting today and it’ll launch on October 13.