If you live in the United States and regularly make use of the powerful Google Voice service on iOS; have you ever wished that there was something that made the whole experience a little more streamlined, attractive and just that little bit more enjoyable? I hear a yes from most of you, and if so, then the gMessage app for iPhone and iPod touch could be the little piece of software that provides that enhanced Google Voice experience.

Although Google has shown signs of updating and improving their official iOS apps of late, the Google Voice experience is nothing short of terrible when it comes to iOS devices. The app is full of bugs, is often prone to just giving up on life and booting users out of their accounts, and generally provides an extremely negative experience to any that use it. Individual mileage may vary on the app, but overall, it’s agreed that it could seriously do with an update. gMessage is not an official Google offering, but it does exist to make the Voice experience that bit better by focusing on the interface, stability and service reliability. 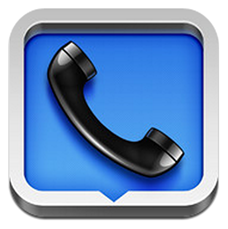 Built around familiar and immediately recognizable interface controls, gMessage immediately looks better than its official counterpart. We all know that aesthetics mean nothing if the overall experience is lacking, but thankfully gMessage has its user base covered in that area too. The app allows members to take advantage of most Google Voice features, including the ability to send messages to contacts that take on a conversation flow that is extremely similar to using the native Apple iMessage service. Messages are automatically set to synchronize across multiple devices using the same account. 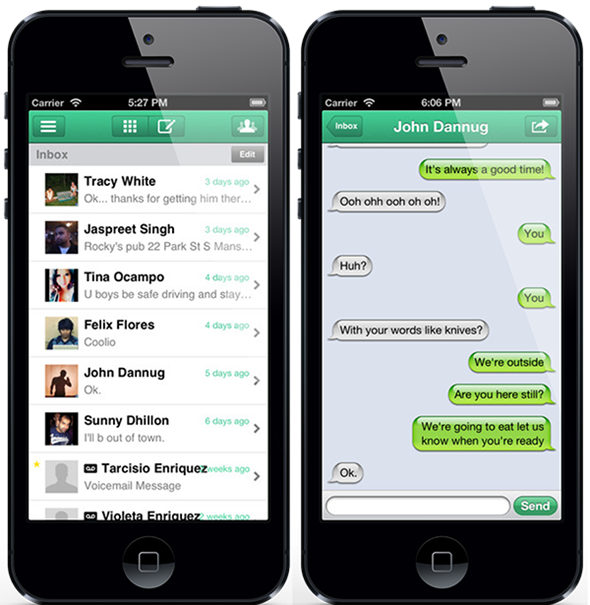 The ability to make voice calls using the Google Voice number is also embedded within the app, with the calls actually using up the calling minutes that are included with the phone’s network calling plan. It looks better, it’s built better and it provides an overall better experience than the official offering.

(Source: gMessage for iPhone on the iOS App Store).