The iPhone 5 may have only been with us for close to eleven weeks, but it seems like it is already turning into old news, with the speculators choosing to discuss what Apple is planning on bringing us with the seventh-generation iPhone, or the iPhone 5S as some are already choosing to call it. We have already heard some initial conjecture focusing on the possibility of Apple putting the next iPhone into early testing to overcome some engineering obstacles that they are facing with the current iPhone 5, and now we are seeing images of what are claimed to be the rear shell of Apple’s next smartphone.

It does seem a little early to be getting embroiled in a debate over whether or not we are actually looking at official components from the Cupertino company’s next-generation iPhone, but as always, the parts do contain some indications that they could be genuine. The majority seem to believe that Apple will once again alter the annual launch cycle of the iPhone and revert back to the original mid-June reveal, potentially to be able to present the new hardware during WWDC, but also due to the fact that Apple now seem to be planning on releasing new iPads around the October period in time for the holiday season.

The parts that have surfaced are believed to be of the rear shell of the iPhone 5S, and could possibly come from the rumored batch of 50,000 new iPhones which Apple were said to have ordered as part of a first trial run of the new device. The images themselves look like they were captured on an assembly line rather than just showing up randomly at some obscure place, but they also have striking similarities to the current model iPhone but with notable differences that would suggest Apple is going for the current design but changing the way that the logic board is housed. 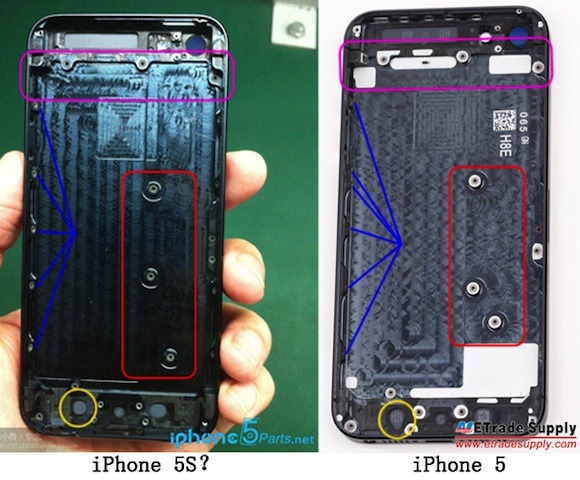 The printing on the rear of the shell doesn’t confirm any particular model or serial number and could purely be left blank to indicate that the shell comes from an early prototype device. The internal fastenings in the shell that are used to secure important components have also changed ever so slightly. The configuration for the logic board connections show the most notable change, but if this is a legitimate component, then it looks like Apple is planning a few little internal changes for the future. 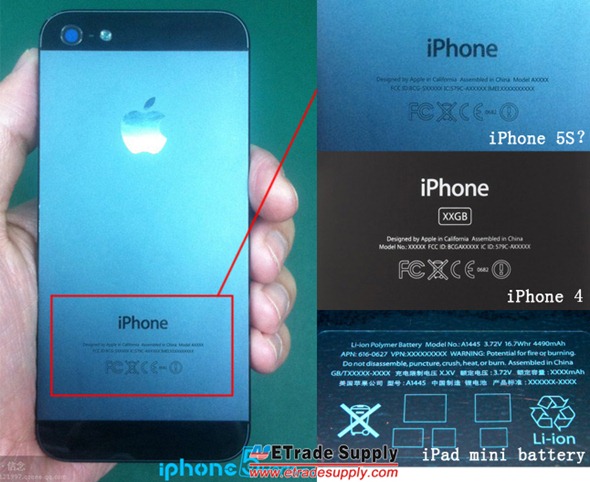 Whether or not this part is from an actual seventh-generation iPhone remains to be seen, but it seems that the rumor mill has most definitely started early for the iPhone 5S.