Gmail 4.2 For Android Features Support For Pinch-to-Zoom And Swipe To Archive / Delete [VIDEO]

Whenever a friend asks me to recommend them a smartphone, one of the first questions I ask is if they’re a fan and a regular user of Google’s services and products – Gmail, Google Maps, YouTube, Chrome etc. If they are, I point them towards an Android smartphone like the Galaxy S III or Galaxy Nexus. This is because the apps for these services work best on Android.

The Gmail app on Android is, hands down, the best email app available on mobile platforms. But, it always had this one very annoying thing about it: the lack of support for pinch-to-zoom. In emails with large images or embedded HTML, you have no option but to view it at a fixed zoom which meant lots of panning around to view an email’s full content.

Thankfully, it appears that Google has listened to the community and has come up with the solution. The news comes in the form of an unreleased build of Gmail 4.2 which has been leaked on Android Police.

The new app comes with two new features: pinch to zoom and swipe to delete / archive. These features have been demoed in the video we’ve embedded at the end of the post. 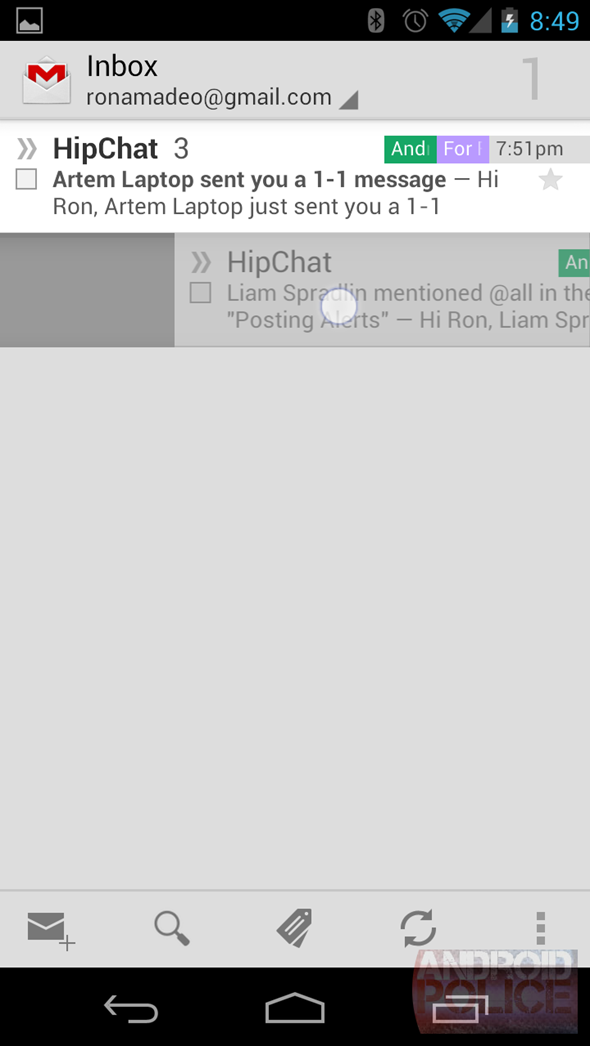 Google will likely introduce Gmail 4.2 alongside Android 4.2 Key Lime Pie at an event later this month. Android 4.2 is rumored to include enhancements to Google Now / Play Store, Customization Center and “Project Roadrunner” which is reportedly the name given to Google’s efforts to increase battery life of Android-based smartphones.

According to reports, LG’s Optimus G Nexus will also be announced at the event as part of a completely overhauled Nexus program which will allow third party manufacturers to have their phones “Nexus Certified” provided they come with stock Android and meet a set of minimum hardware requirements.

Android Police says they don’t have permission to share the APK for Gmail 4.2 yet, but they are working on it. If it does release, your smartphone will have to be rooted and an Android 4.0 or above.

As you can see in the video above, the features are implemented very well.