Get The iOS 7 Beta Like Photos App On iOS 6

iOS 7 is significant because it marks the beginning of a new journey where the Cupertino company must once again prove that their vision for the software is just, and in line with modern mobile software. One of the main overhauls in terms of native apps was seen in the Photos app, but it also seems that users can get a taste of that experience by using the Photoful app from PhotoSocial LLC.

The Photos app in iOS has always been one of the most widely used native apps, and although it has had additional features bolted on over the years – think Places and multiple album creation – it has remained largely the same piece for a long period of time. The iOS 7 beta revamp of the app looks extremely exciting and should breathe new life into those users who love nothing more than to be able to snap images and have them immediately organized into albums based on time, date and location data. However, until that release drops in the fall, the Photoful app could potentially be a stop-gap solution. 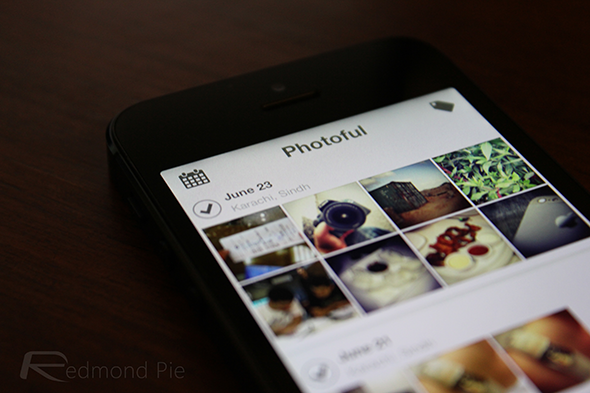 Photoful has been around for a while and is in no way a rushed app to try and capitalize on Apple’s announcement. The app is a full replacement option for the stock Photos app which makes itself stand out by offering synchronization features with the native camera roll all based around a very well implemented gesture-based setup. The basic crux of Photoful is to bring additional power to the user to allow them to have greater control over how their photographs are stored and interacted with. 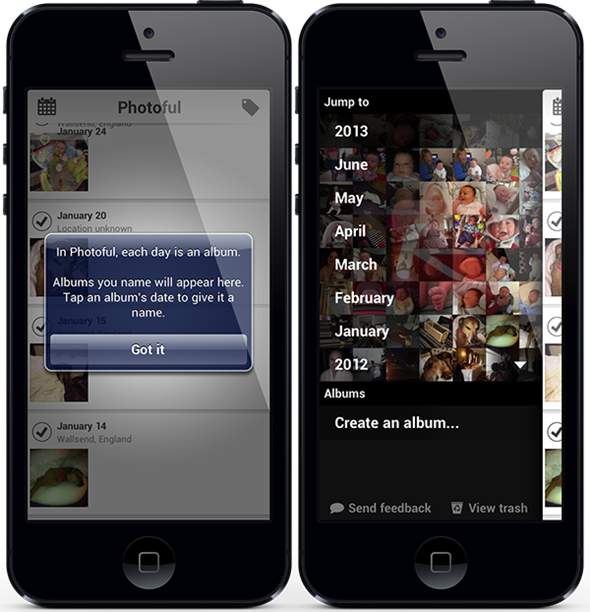 Gorgeous looking streaming views have been implemented that allow the user to casually browse through their images as well as being able to sort images by day taken. Lovely little gestures have been implemented that makes it extremely simple to remove and delete images by flicking or tossing them off the screen. Although the app is a great solution for those who want to get away from the iOS 6 Photos app, it does have some limitations. Deleting a photo from the app doesn’t remove it from the camera roll on device due to Apple’s API limitations. It can also be very confusing on first use to figure out how to actually get up and running, but nevertheless it is still definitely worth checking out. 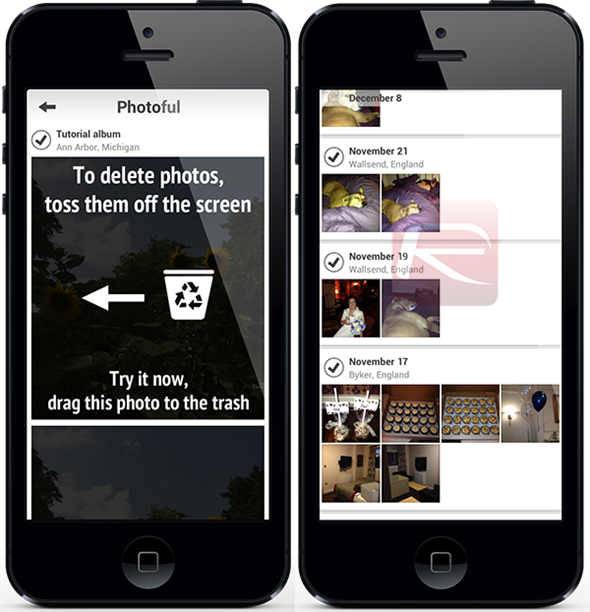