It may not have the same global audience as the World Cup or Super Bowl, but Wimbledon is certainly one of the most popular sporting events of the Tennis calendar. Steeped in history and one of the tournaments everyone wants to win, Wimbledon has a sizeable TV audience, and now fans of the event can watch it via the wonder that is YouTube. We’ve got more details and the live stream right after the break.

For the first time ever, and for the duration of the two-week event, tennis fans will be able to watch all the action on YouTube as well as behind-the-scenes segments and streams of the players’ press conferences. YouTube says there will also be highlights of past matches and other featured content, presumably to fill in the gaps when play is suspended for rain, or anything else for that matter.

The YouTube streaming comes courtesy of Wimbledon sponsors Rolex, with the action kicking off right now. Featuring male, female and two different types of doubles matches, the event attracts millions upon millions of TV viewers the world over, and tickets for the biggest games can be very hard to come by for tennis fans. 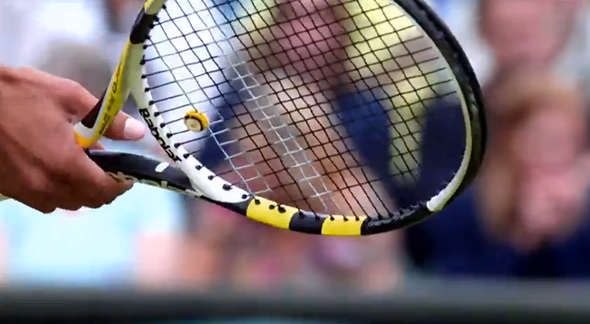 YouTube has historically been the home of funny cat videos and home movies featuring adorable babies and other crazy stuff. This partnership with Rolex and Wimbledon is the latest in a line of initiatives aimed at making Google’s YouTube the place to go for more mainstream online video content. All content will obviously be free, though we’ve not yet heard what regional restrictions will be put into place for that content. If you can’t access the live stream, be sure to let us know! It’s always a good thing to see where the stream is being accessible and where it is not.

Wimbledon kicks today and lasts for two weeks. One of the premiere tennis tournaments, Wimbledon will surely attract some considerable traffic to Google’s live streaming servers and will offer a good indication of how the service can hold up under such strain. This being Google though, we don’t foresee too many problems. If there’s anyone that can handle the strain of such a large sporting event, it’s Google and YouTube.

Kick back, grab your favorite drink and watch Wimbledon from the stream we’ve embedded below: