Apple undeniably introduced a number of great features when it launched iOS 9 for iPhones, iPads, and iPod touch devices across the world. Advanced multitasking for those iPads running iOS 9 was one of them. The ability to run two applications side-by-side has also resonated with users who have opted to download and install the latest firmware on their Apple tablets. However the Picture-in-Picture (PiP) feature that lets videos to move around in floating window system-wide is undoubtedly one of the more applauded features. Now, thanks to the excellent and free Helium app, Mac users can mimic the somewhat similar functionality on OS X.

We know what you’re thinking; I can already play a video on Mac OS X and minimize any other applications to view the video as the top most app. You certainly can do that, but it isn’t exactly seamless and doesn’t provide the best user-experience. The installation of Helium brings with it a set of functionality that allows any playing video from most popular streaming sites to be pinned into a floating window that sits on top of any other running application. YouTube, Hulu, Amazon, Netflix and streaming of files saved locally; they’re all supported. Here’s how you can get up and running with it on your Mac. 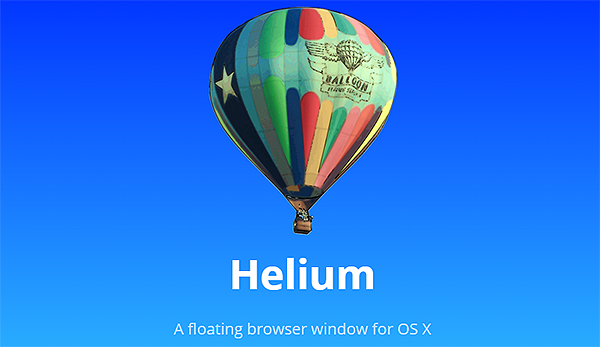 Step 1: First and foremost, you’ll need to download the free-of-charge Helium app directly from the developer’s site. As we mentioned, the app is entirely free but it’s also open source for anyone looking to learn from the code and how it has been put together.

Step 2: Once downloaded, launch the Helium application as you would any other OS X application. From the menu bar in OS X, click on Location > Open Web URL.

Step 3: In the provided Enter Destination URL text box, type in the URL from the supported web-based video streaming site. 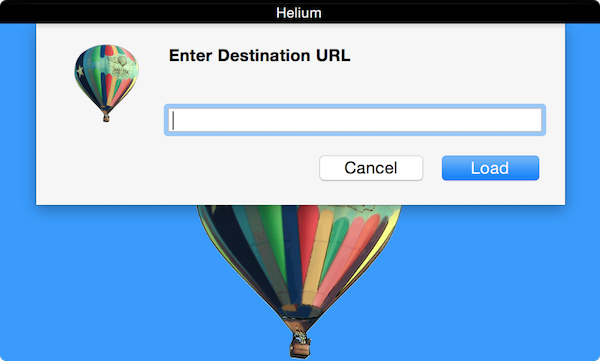 Step 4: Click the Load button in the Helium window. This will load the submitted video in a separate Picture-in-Picture window which will be pinned on top of any other running applications. You can also resize the Helium window to your own taste and place it on your display wherever you want. 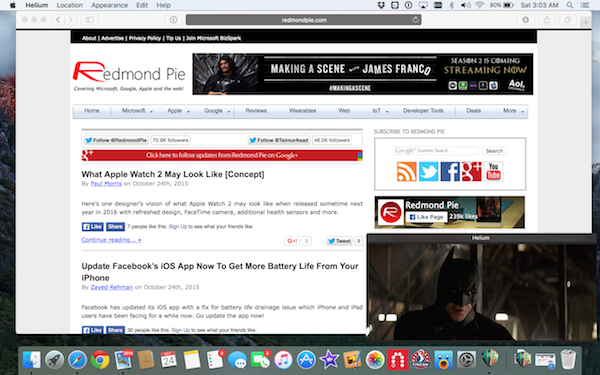 There are a few little niggles that users might encounter, such as receiving a “Blocked Plug-in” error when trying to load videos from Google-owned YouTube. This can be rectified by updating the Flash installation on the Mac to the latest version. There’s also a number of solutions to various other issues that may occur, and have been addressed in an FAQ on the developer’s site.