Apple’s initial attempt at penetrating the smartwatch market – the Apple Watch – has now been available for approximately seven months. As consumers continue to wax lyrical about the intelligent timepiece, Apple continues to introduce the product into new markets across the world as part of additional launch waves. With the twelve month anniversary of the product fast approaching we can all wait with bated-breath to see what the Cupertino-based company will unveil – if at all, but until that time arrives, we can satisfy ourselves with this second-generation Apple Watch 2 concept.

This particular concept for the Apple Watch initially focuses on the aesthetics of the product. The designer behind the concept is proposing a new thinner design with a display that seems to dominate the whole body of the hardware thanks to much thinner bezels. There’s also a proposed new technology built into the OLED display that produces more vivid colors and provides much better visibility for those inclement lighting conditions. 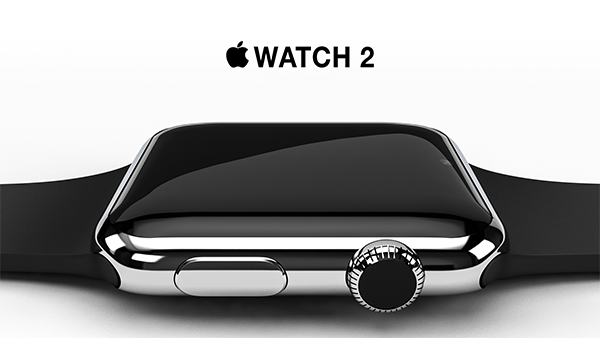 If the redesign of the exterior isn’t enough to keep you interested, then there’s also the integration of a camera that would bring a whole new dimension to the product and surely win it a lot more fans. The proposed camera would be a 1.2-megapixel FaceTime module that would make perfect use of Apple’s video-calling platform which has proven so popular on iPhone, iPad, iPod touch and Mac. 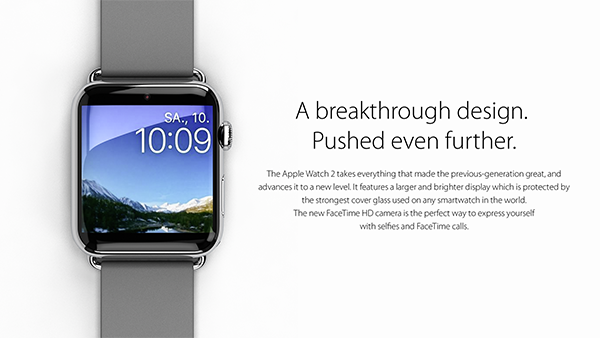 Eric Huismann, the designer behind the concept, is also suggesting that Apple could potentially introduce a new array of models that are built from new materials, and quite possibly be offered in an additional 45mm size. 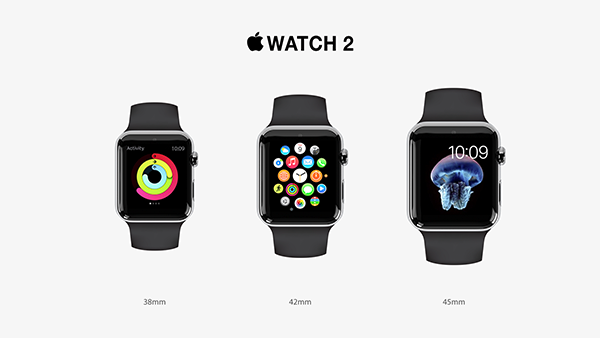 Huismann is also floating the idea of building sensors directly into the bands of the second-generation Apple Watch which would exist to monitor the wearer’s body temperature among other things. It’s highly unlikely that a lot of these suggestions would ever make into Apple’s next iteration of the Apple Watch – given how Apple’s like to play it safe – but there are a few suggestions that could eventually become a reality. The introduction of even more waterproof casing than the one in current-gen model would undoubtedly resonate with those considering purchasing the Watch, as would the addition of a GPS module and improved WiFi capabilities; features that are already being speculated by various analysts. 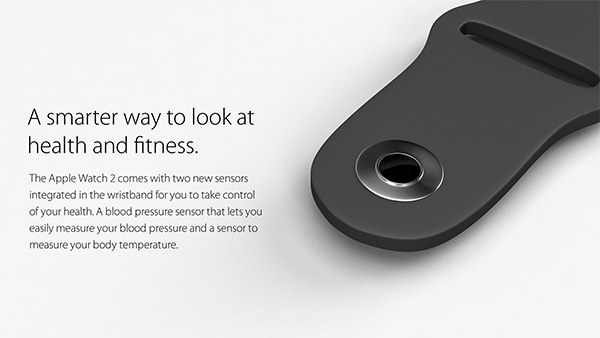 It’s probably not going to be long now until we actually start to see and hear about leaks from Apple’s official supply partners in relation to the next-generation Apple Watch.